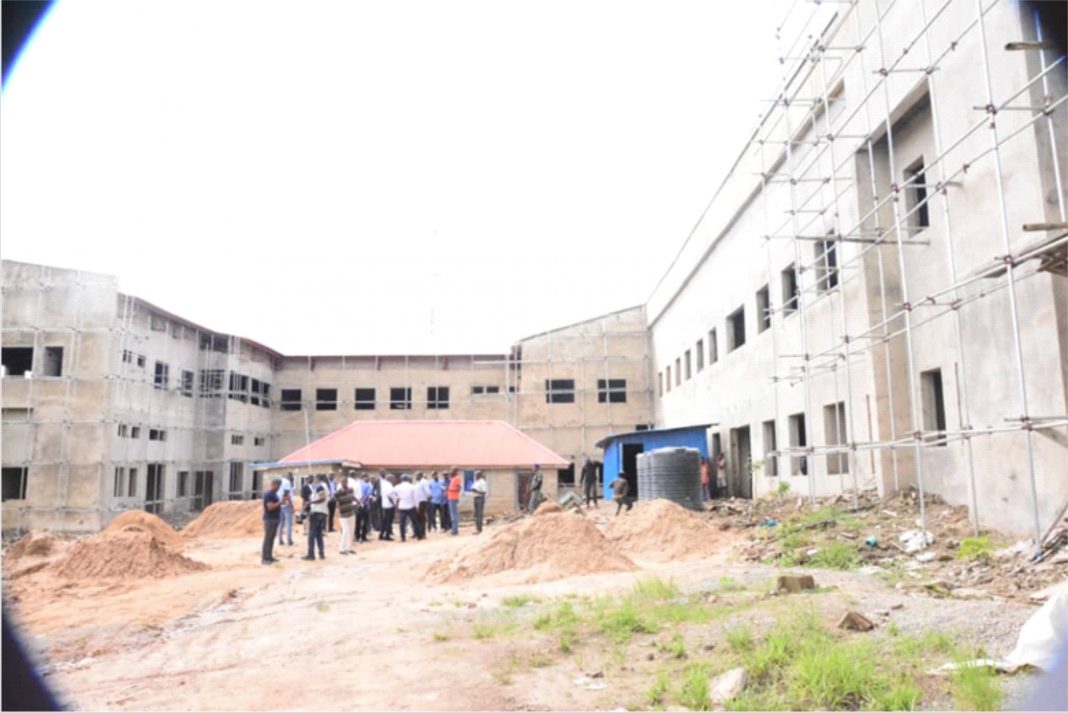 A 250-bed ward at the University of Medical Sciences, Ondo, will soon be commissioned.
Also, the Ondo State Government has commenced the construction of 4.5km Agadagba-Obon/Pereama Ajapa road in Ese-Odo Local Government area of the state.
The State Commissioner for Lands and Infrastructure, Raimi Aminu broke the news yesterday during an unscheduled inspection of the road and hospital projects ahead of commissioning.
Aminu said government was happy with the successful construction of the new road which he stressed would open up socio-economic activities across all the benefiting communities.
He revealed that the state Ministry of Works deployed a lot of engineering techniques to build the road because of the nature and terrain of the area.
The commissioner disclosed that with the level of work done on the road, the project would soon be commissioned by the state Governor.
“This is a special terrain because it is a riverine area, so the conventional method of doing most of the township roads is not the one we deployed here. Here now because of the nature of the terrain we stabilised so many places and used some engineering techniques like crushed stone base and filter bed in some areas.
“We also have some culverts. Also, the thickness of the asphalt is not the normal conventional thickness that we are using. With the level of completion and the quality of work done we are extremely happy and we can say that we are having value for money being paid by government”, Aminu added.
While noting that a total of 3.8 km length out of the 4.5 km length has been completed so far with asphalt overlay, the commissioner further said the remaining length would be completed with asphalt overlay within the next few weeks.
He noted when the project was flagged-off prior to second term campaign; many people believed the project would not see the light of day.
Aminu lauded the courage of the state Governor, Oluwarotimi Akeredolu, for executing various projects across the three senatorial districts of the state despite the paucity of funds.
Aminu also confirmed that all the contractors working with the state have been paid their outstanding, saying no contractor was owed by government.
On the 250-bed at UNIMEDTH, Aminu explained that the project is in fulfilment of Governor Oluwarotimi Akeredolu’s promise to build a befitting and state-of-the-art 500-bed Teaching Hospital Complex at the UNIMED, Ondo and Akure.
He lauded the Governor for giving Ondo and Akure befitting Teaching Hospitals, saying the project would add value to health care system in the country.
While commending the contractor handling the project for the quality and level of work done so far, the Commissioner equally expressed confidence that the contractor would meet the target set for him and the project would be delivered as scheduled.
He listed some of the facilities which make the project to include, two gigantic major theatres that can accommodate different operations with many doctors at the same time; paediatric (children) wards; many offices for consultants; two standard lifts.
Also speaking, the Commissioner for Information and Orientation, Donald Ojogo who is also an indigene of the area, expressed gratitude to Governor Akeredolu for fulfilling his promise to the people even though many people doubted Akeredolu’s sincerity to construct the new road.
He applauded the quality of work done as well as high level of competence and commitment deployed for the success of the project, adding that what has now become a good road was a footpath before.
“It takes seriousness and determination of a Governor to insist that, yes, I can do it, and this is what has happened. So, every indigene of this kingdom is impressed because this is the first time any road of this magnitude would be constructed in this side of the state.
“This major road will open up economic activities and also enhance the springing up of other communities for development. There are so many of our people who have landed property here but it was not accessible. But with what has happened now it is really an economic answer that the people of Arogbo-Ijaw kingdom would really savor.