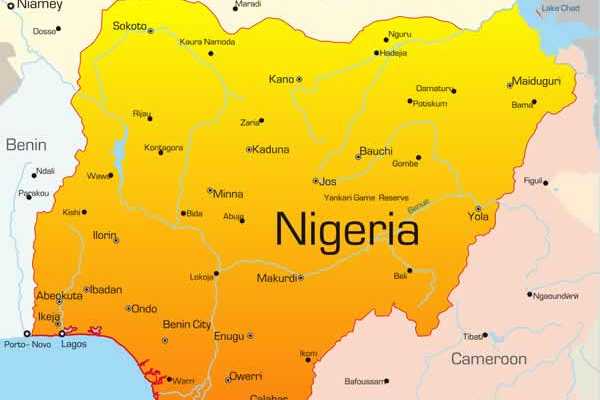 By Evelyn Omotoye
|
Nigerian leaders have been charged to come together and  fight a common course of rescuing the nation from its current enormous challenges and preparing for a sustainable future.

Prof. Akintoye, who stated that slapping blame on one another can only add to the nation’s problems, suggestted a quick and deliberate decision of various leaders in the country  to jettison ethnical and political differences and converge to resolve their conflicting agenda and chart a new course in redeeming the nation’s lost glory.

Akintoye while stating that Nigeria, going through enormous crises,  is not worse than any other group of mankind, noted that every society in the history of mankind faces certain crisis at a particular period or the other.

He however maintained that adequate attention must be paid to youth development while ensuring strong and corruption-free institutions in a conducive environment for them to thrive, saying building the youth is the best road forward in preparing for the nation’s future.

“It is important we go back and develop our youths, that is the only way to build the economy. These young people are to rebuild infrastructure and institutions that would further  bring development to the nation. That the resources are not available to do this is not true. If the government has a will to do a thing, it will be done.

“Nigeria has no business being hopelessly poor because it has the capability of becoming great with its numerous God given resources, brilliant and talented young people who can make the country become the Black Man’s World Power of Modern Times as I have ever desired”.

The octogenarian expressed concern over the rate at which young people who, according to him are vibrant and talented, are leaving the country in their quest for greener pastures, saying the trend poses threat to the survival and sustainability of the country in future.

“Unfortunately, many of our youths as well as industries are quietly leaving the country due to frustration. Several are dying in the desert and Meditarenean sea in  an attempt to cross to other countries at all cost. This trend is not good for our future as a nation as it might crumble the country eventually if it continues”.

The Ondo State Governor, Arakunrin Oluwaritimi Akeredolu, SAN, who was at the occasion represented by his deputy, Hon.  Agboola Ajayi shared similar views with the guest lecturer, expressing optimism that the country will overcome its challenges.

“I see hope in Nigeria and I believe it will survive its crises by God’s grace.  As we continue to make amends where necessary to ensure we have a new Nigeria, the beautiful ones will be born and better days will come”, the governor enthused.

Congratulating the radio station for its milestone achievements in the past 10 years in the state, Akeredolu said his government welcomes constructive aguements from the station and will keep providing viable platform for free press to continue to thrive in the state.

In his own contribution, the Special Adviser to the President on Political Matters,  Senator Femi Ojudu admitted that the leaders at all levels, as an individual and as group, have so much to do to fix the nation’s problems.

“We must give more commitment and sacrifices to our nation. As leaders, we must come together and find a way forward to recover our country from its currently tough situation. We must act and sttuggle to have a better country”, Ojudu charged.

Also speaking, the Catholic Bishop of Ekiti diocese, MRD Felix Ajakaiye urged Nigerian leaders to have the right attitude and move beyond mere ideas and policy statements but do the needful and implement those policies that are capable of making the country a better place to live.

Meanwhile, in a separate goodwill messages by some guests at the event, Araba 88.9fm has been described as one of the foremost private media in the state which has always provided equal  platform for divergent views and opinions that have impacted the nation’s democracy positively.

Earlier, the General Manager of the radio station, Martins Ayoola had informed that the medium which is a subsidiary of TVC Communications in Lagos covers Ondo, Ekiti, Kogi,  Osun, Delta, Edo, Oyo and Kwara States and has continued to show a leadership traits with fair and balance reportage, enhancing rights to access information.

Other dignitaries at the event include Ekiti State Chief Judge, Justice Ayodeji Daramola, a veteran broadcaster, Chief Sanya Oyinsan,  Olugbo of Ugbo kingdom, HRM Obateru Akinruntan as well as his counterpart in Ilara Mokin and Ibule among others.