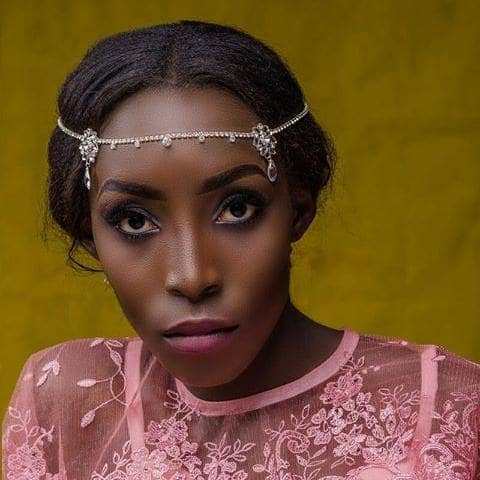 By Michael Ofulue & Tola Gbadamosi
|
The chairman of Landlord Association of Mary Labake Street, Aje in Akure South Local Government area of Ondo State, Pastor Emmanuel Aje has called on the Nigeria Police and other relevant security agencies to fish out the killers of Oluwaseun Ajila and ensure that the perpetrators are brought to justice.

He stated this while reacting to the circumstances surrounding the death of the deceased in an interview with The Hope at his residence in Ijoka.

Pastor Aje who described the incident as unfortunate said the late Miss Ajila was a very intelligent and polite young lady who could not hurt a fly.

Meanwhile, homicide detectives of the Ondo State Police Command are currently probing the circumstances surrounding the mysterious murder of the 18-year-old up and coming Model, Miss Oluwaseun Ajila who was reportedly raped and killed along Sunday bus stop in Ijoka area in Akure, the state capital.

Consequently, the police is currently grilling the deceased’s boyfriend.

The Police Public Relations Officer, Mr Femi Joseph who confirmed the arrest of her boyfriend simply identified as Ebenezer Adedimola said the mother of the deceased who reported the incident to the police said she suspected her boyfriend in the murder.

His words: “As I speak to you now, our men are already working on the theories surrounding the unfortunate death of Miss Ajila who until her untimely death was an undergraduate of Adeyemi College of Education in Ondo. I cannot disclose to you some of the things we are working on so as not to jeopardise our investigations, but I can authoritatively confirm to you that we have arrested her boyfriend and he is presently in our custody.

“I want to assure the family of the deceased that we are doing everything possible to unmask the killers and bring them to justice in no distant time. Also, I want to use this medium to call on the members of the public to volunteer useful information that will assist the police in bringing the perpetrators of the dastardly act to book,” the PPRO said.

Joseph, who described the crime as gross inhumanity to man disclosed that the police will not rest until those behind the dastardly act are apprehended just as he advised the general public, especially the youth to be security conscious and report any suspicious movement to the nearest police station for onward action.

Consequently, Ondo State Governor, Arakunrin Oluwarotimi Akeredolu, SAN, has given a matching order to the state police command and other relevant security agencies to immediately bring the killers of Miss Ajila to book.

Speaking with The Hope in a telephone interview, the Senior Special Assistant (SSA) to the Governor on Security, Alhaji Jimoh Dojumo who confirmed the directive of the Chief Executive of the state to all relevant security agencies operating in the state said the security operatives are working round the clock to fish out those behind the killing.

“Yes, I can confirm to you that the Governor has given all the security agencies a marching order. The order is that the killers of Miss Ajila must be brought to justice without delay. The governor is seriously disturbed by that ugly incident and has directed the authorities concerned to unravel the circumstances surrounding the death,” Dojumo stated.

Dojumo, while assuring the parents and family of late Miss Ajila of government’s commitment to guarantee the safety of all and sundry in the state, urged those with useful information to give it out to the police, saying that the job of effective security is a responsibility of everybody, just as he commiserated with the family of the deceased over the incident.

The deceased’s mother, Mrs Yemisi Ajayi who reported the death of her daughter to the police said she returned from work on that fateful day and met her daughter’s lifeless body in a pool of her own blood.