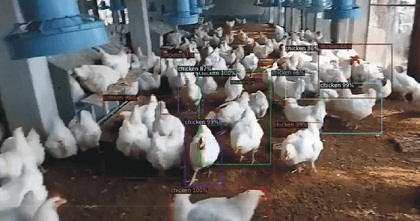 Oluleye who spoke in an interview with The Hope in Akure, the Ondo state capital, said the use of technological innovations  such as Carbimazole, Ameloblast and many others would address offensive odour in their various poultry farms to avoid disease outbreak and  embarrassment from  neighbours.

He said Carbimazole is a device which is attached to the birds’ water source which flows through it and when drank by the birds, would away Amonia from their feaces which he said was responsible for the odour.

He also mentioned the use of Ameloblast, a  powder substance which can be poured under the cage, but this will be evacuated after a week of application.

Another innovation, according to him, is the use of Deep litter, which he described as an animal housing system, based on the repeated spreading of straw or sawdust material in indoor booths.

“An initial layer of litter is spread for the animals to use for bedding material and to defecate in, and as the litter is soiled, new layers of litter are continuously added by the farmer.

” They can decide to do cleaning up everyday which is the best.” he said.

According to him, some people recommended either flushing or packing the litters and disinfecting the area but it is better to pack the feaces on a daily basis rather than allowing them to accumulate which may become a challenge.

Oluleye, who is also the Chairman of PAN in the south west observed that complaints of offensive smell by neighbours is act of jealous once they find out that eggs have started coming out from the farm.

He also advised poultry farmers to always get their farm document intact to avoid any form of embarrassment, saying that they should buy the agricultural or farm land knowing that there are lots of land usage for different purposes, like those for residential, commercial, regional, industrial and for marketing.

He advised farmers to get their lands surveyed and take the perimeter survey to the Ministry of Land and Urban Development for approval.

For those who have their poultry situated in a residential area, Oluleye urged them to write for a change of use from residential to farm use and get approval.