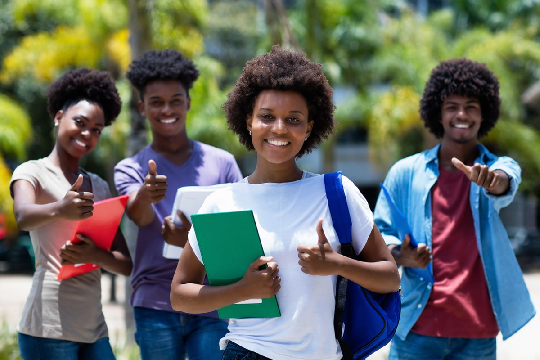 As the news of the suspension of the eight-month-old strike embarked on by the Academic Staff Union of Universities (ASUU) still excites Nigerians, each university chapter of the union will decide resumption for the students today, a source in ASUU has confirmed.

The union decided to conditionally suspend the strike during a meeting held on Thursday night and lasted into the early hours of Friday.

In a statement issued by ASUU president, Prof. Emmanuel Osodeke, the strike was suspended in respect of the injunction of the Court of appeal to resume for ASUU’s Appeal against the judgement of the National Industrial Court, mandating the union to suspend its strike action.

Osodeke, however, noted that issues that led to the strike in the first place are yet to be satisfactorily addressed.

Against public belief that students will commence academic works today, a source in ASUU told The Hope that there will be congress across public universities today to determine resumption date for each school.

According to him, “it is at the level of ASUU congress for each school that the date for resumption will be decided. ASUU NEC has suspended the strike, there is need for congress at each chapter to decide resumption date”.

Reacting, a parent, Mr . Adedara Temiloluwa, in an interview with The Hope, expressed happiness at the  news.

“I thank God that my child, who has been waiting to write their final year examinations will eventually graduate.This will give way for my other child who is ready to gain admission to the university.

“I would have loved to enroll her in private university but I cannot afford such huge amount of money to sustain her education because I don’t want to develop high blood pressure, he said “

Also speaking, Mrs. Olubodun Joyce heaved a sigh of relief, saying the breaking news marked a weekend gift to her by the union, the government, and the Speaker of the House of Representatives.

“I pray never again will Nigeria witness this type of academic dislocation in the love of our children and the education sector of the country.

“My son has been home for 8months and I have been starting to get worried he would end up bringing home a wife before he brought a certificate. It’s a bit impromptu and the expensive cost of living is a bit of a drawback but we are excited he will be resuming soon either ways”.

“Going to class for me is a natural thing,a passion I have always pursued and a dream come through. Staying off classroom was boring and life threatening but nevertheless I was able to pull through”, he said.

He added that, “if not going by the antecedent of this administration, it’s not a welcome idea but to show to Nigerians that we share the pains of all concerned students”.