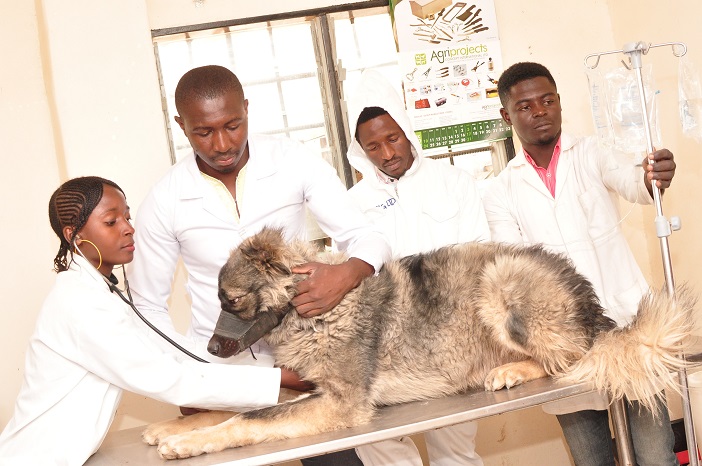 By Adekola Afolabi
|
The Nigerian Veterinary Medical Association, Ondo State chapter, has called on the general public to join hands with the association with a view to completely eradicating the deadly disease called rabies in the society by year 2030.

The Chairman, Ondo State chapter of the Association, Professor Adebayo Abayomi made the call in Akure, the Ondo state capital, at the public awareness rally organised by the association to mark the 2018 World Rabies Day. The event was organised in conjunction with the Veterinary Services Department of the Ministry of Agriculture, Akure.

Prof. Abayomi who disclosed that the essence of the day was to create awareness and sensitise the general public on the danger of rabies infection and the need to eliminate it, equally encouraged the people to regularly vaccinate their pets and report any case of dog bite to the appropriate healthcare centres for immediate professional intervention.

“The World’s Rabies Day is a day set aside to create global awareness on the disease called RABIES-which is a viral disease transmitted by infected dogs, cats (and other canines), bats and through some non-bite exposures. It is a disease of all warm blooded animals-man inclusive.

“That outcome of this infection is almost always FATAL after manifestation of clinical symptoms which involves primarily, the CENTRAL NERVOUS SYSTEM-the system that coordinate all body activities”, he stressed.

The theme of this year’s celebration is, “Rabies: Zero by 30”, ie humans death from dog transmitted rabies must be eradicated by 2030.

Prof. Abayomi listed some of the ways of preventing the disease to include, annual mass vaccination of pets, dogs and cats in particular, public awareness, increased surveillance of the disease, and prompt report of dog/animal bites to the appropriate healthcare centres for immediate professional intervention.

He explained that though the disease is common among all warm blooded animals but emphasis is on dogs and cats because they are pets that are closer to the public.

The Chairman who explained that after a bite by an infected dog, the time it takes the disease to set in or manifest depends on a number of factors and hence, the incubation period of the disease is variable, however, emphasised that abnormal behaviours such as photophobia (running away from light), hydrophobia (being afraid of water), musculoskeletal pain, anxiety, agitation, dysphagia (difficulty in swallowing) hyper-salivation or excessive salivation, paralysis and delirium are usually experienced by the victims.

“The disease may make a friendly dog become hostile and aggressive in the face of no provocation”, he stated.

He advised the public to join hands with the association to minimise the cases of rabies in the society by ensuring that they stop he unnecessary or preventable human deaths caused by the disease.  “As a matter of fact, once a dog is three months old, that dog should be vaccinated against rabies”, he added.

He expressed optimism that by year 2030, there will be no case of rabies in the country any more.

He appreciated all the participants including the security agents, dog owners for their support and cooperation which, he said, made the event a huge success.

The awareness rally which started at the Cathedral junction through Oba Adesida Road and terminated at the Veterinary Services Department, Ministry of Agriculture, NEPA, Akure,  had members of the association and dog owners including different breeds of dogs as participants, under the supervision of the security agents. They distributed handbills to the public as they proceeded with the rally.

Also, Dr. Obadua Adegboyega, the state coordinator for the 2018 World’s Rabies Day Celebration, said since rabies is a preventable disease, the general public must always vaccinate their pets to prevent the killer disease.

He noted that rabies is real and it kills, hence the people must guide against it and also be on the lookout and report cases of rabies, either in dogs or in humans promptly.