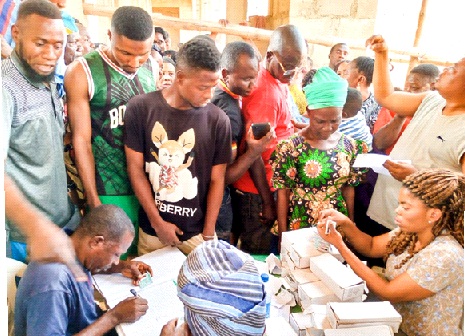 A political analyst, Mr Daisi Omokungbe has called on all Nigerians as well as security agencies to collaborate with the Independent National Electoral Commission (INEC) to ensure that the coming general elections are devoid of violence and  attacks.

Daisi further said that INEC should convey security stakeholders forum, where they would allow stakeholders to also contribute to its security strategies in handling the elections .

He made this known in an interview with The Hope yesterday.

This was coming as INEC said the general elections might be postponed should  insecurity across the country fail to improve.

Daisi who berated the Commission for saying that, posited that looking at  the spate of attacks in the last one year on INEC facilities, one expected them to put strategies in place, by ensuring the presence of security agents across their facilities.

According to him:” It appears as if they are not prepared in terms of security but in other areas, they are doing their best, INEC needs to do more, Nigerians and Security personnel too need to do more.”

He said that INEC’s pronouncement on postponement is not coming as a shock to many Nigerians, considering that a lot of damage has been done to their facilities and properties lately and everyone knows that without this , elections might not hold.

He also said that the postponement at this point might lead to violation of electoral act, if they are going by the law.

“But if they are saying that the issue of national security supercedes the interest of the law, then there is nothing Nigerians can do.”

Meanwhile, the Federal Government has insisted that no threat from any quarter can stop the conduct of the 2023 general elections, which is just over a month away.

The Minister of Information, Alhaji Lai Mohammed made  government’s position clear while responding to a claim by the Independent National Electoral Commission that the elections might not be held in some states due to security threats by non-state actors.

But addressing a news conference in Abuja on Tuesday, the Information minister made it clear that no amount of threat can stop the election as planned.