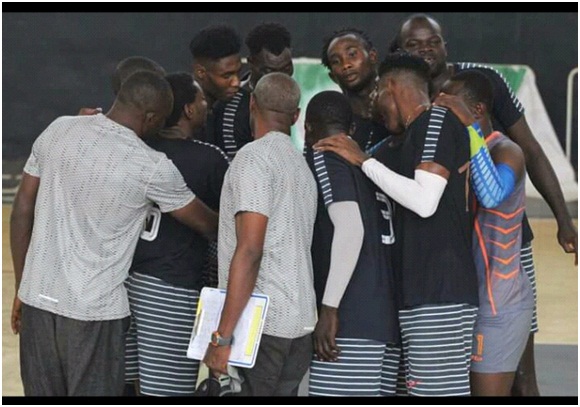 The Coach of Ondo State Volleyball team Sunshine Spikers, Mr Adekalu Adeniyi has attributed internal crisis as reason for unimpressive performance of his players at the phase one of the 2021 Nigeria Volleyball Premier League.
The number one Volleyball team in the country ended the phase one of the league, which was staged at the Indoor Hall of the University of Ilorin, Kwara State 8th on the table.
In a chat with Sporting Hope, Coach Adekalu said his team came to the championship with many situations, which he refused to expatiate on.
He said, “we have serious crisis that we have been battling with, if you look at the matches we played ,we always win our first set, that showed to the people that the team that won the first set could have won the other matches but because of the crisis ,after winning the first set, my players would go to sleep.
“Along the line, God intervened and we were able to resolve the crisis, you could see that the remaining two matches, we defeated our opponents 3-0 each, the problems are over.
“All we need to do now is to go back to the drawing board and restrategise, work on those areas that we need to work on, so that we can come back and continue to fire on the way the spectators expected us.”
He commended the standard of the championship, saying there is no team that is unbeatable , which he said added to the standard of the game.
He added that the officiating was superb; adding that we can’t rule out human error that can occur in any game, when it occurred you will know it is not intentional.
The captain of the team, Daniel Nathaniel conceded that his team did not perform to expectation, stating that they were not well motivated for the league.
He said: “We didn’t play well because we didn’t camp, we only assembled here in Ilorin, you could see the result despite that, we have also lost most of our players to other teams, nevertheless, we will come back stronger in the next phase and we are not going to disappoint our fans.
“Our fans, should expect a resurgence of Sunshine Spikers they used to see at the next phase of the league.”
While commending the former board of the Nigeria Volleyball Federation led by Eng. Musa Nimrod for the transformation of Volleyball in Nigeria, he called for corporate sponsorship of the league.