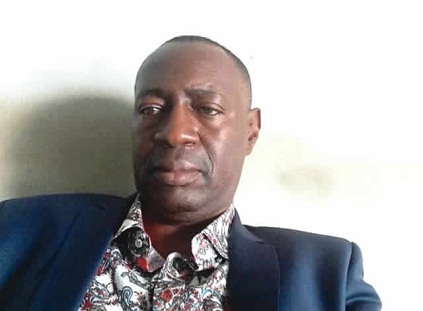 By Mary Agidi
|
Vote buying has been described as an evil act that will hinder the political development of Nigeria if not curbed.

The Southwest Publicity Secretary of the People’s Democratic Party, PDP, Mr. Ayo Fadaka said this in an interview with The Hope in reaction to the proposal of the Independent National Electoral Commission, INEC, to start prosecuting vote buyers.

According to him, governments at all levels must begin to take action to stamp it out and emphasised the need for voter’s education on the need not to sell their future.

“Vote buying is evil. The evil is that it is possible for a criminal to go and loot bank and bring the money to run for an election.

“And that kind of development will kill our system; aside from government, we as people we have self-responsibility to talk to ourselves and ensure that we are not as cheap as to sell our future”.

“Our people should respect themselves on a great deal. I take due cognisance of the fact that there is poverty in the land today, but the poverty is symptomatia of bad governance.

“Why will people be taking money from the government that gives them penury? We all own our people a right to educate them on the need not to be this cheap and petty and begin to take actions that will ensure that electorate accord themselves due respect and accord the system due respect”. He said.

Describing vote buying as a bribery, Fadaka noted that whoever buys vote to win election lacks legitimacy to rule, being a beneficiary of a crime.

He advised the masses to desist from receiving money from candidates, noting that the post-election suffering that awaits them as soon as the candidate gets into power is unquantifiable.

Speaking on preparation of the party towards the gubernatorial election, the PDP Spokesperson said they are fully ready to take over the mantle of leadership in the state.

On the probability of the party to zone the governorship position, Fadaka said the party doesn’t preclude anybody from contesting, saying that the party makes the race an all-comers affairs.

“If you are confident in your ability to run for the primary and win, you are free to take the form and contest election, you have your fundamental human rights”. He said.

He added that the variables that gave rise to the last gubernatorial election crisis was due to the chairmanship crisis at the national level, assuring that such cannot occur again.

“In Ondo state we do not have such crisis here. Our party is solidly together, this party will organise the primary that will bring forth the candidate of the party at any point in time and whoever wins that election is our candidate”, he said.