by The Hope
in Religion
0 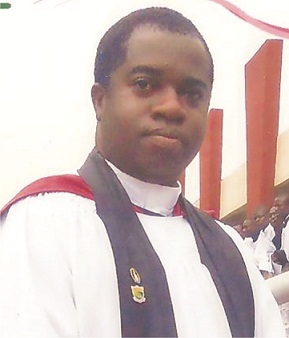 What can an individual achieve in 38 years?  Obviously, a lot.

In the Anglican Communion, one can be a bishop (reaching the peak of the vocation)at thirty years. We have seen people who became Directors and Heads of Organisations before their 40th birthday. Alexander the Great, conqueror and king of Macedonia, one of the brightest military minds the world had ever seen, who conquered the whole known world then and wept when there was nothing more to conquer died at thirty one years of age. Yakubu Gowon was thirty two years when he became the Head of State of Nigeria, while the present president of France, Emmanuel Macron became President at thirty nine years; he was the minister of Economy, Industry and Digital Affairs at thirty seven years.

However, the bible presents us a man, who had thirty eight years of his life wasted:

And a certain man was there, which had an infirmity thirty and eight years (John 5:5KJV)

This man had been sick forthirty eightyears; he was obviously a burden to himself and the family. His disposition shows that he was helpless, living at the mercies of others. Even though we are not sure of his actual age, thirty eight years had been wasted due to his ill health. We shall consider what can make a man waste his life.

Ignorance- Ignorance is from the root word, ignore. To ignore is to disregard, to deliberately refuse to notice something. However, to be ignorant is to lack knowledge, uninformed, uneducated. Ignorance can make one to waste his time and waste his life. When you are ignorant of many things, activities and events around you, you will also not be opened to the opportunities around you. Even though living in the world is far easier today, because of the myriads of information around us, many people especially the youths are not taking such advantages.

Ignorance kills (Proverbs 29:18). Some people choose to ignore the warning signs and the opportunities around them, believing that when others fail, they too will fail. In this age, do not ignore the signs and do not be ignorant, be diligent in whatever you lay your hands upon(Eccl 9:10), try to be an all-rounder, be versatile. The world awaits only those who are versatile. Break out of the box, think fresh ideas and go for it. The man in question refused to apply simple common sense as to beating others to getting to the water when it was stirred by the Angel, he was rooted to the same spot for thirty eight miserable years (John 5:4). He remained in the company of people that will not add value to his life. Hence, there was no progress in his matter and in his life. He was wasting away in every aspect.

Trusting Men- The man in question trusted men to help him get solutions to his problems for thirty eight years. He told Jesus, ‘I have no man’. Something must be wrong somewhere. For thirty eighty years, he did not  die, obviously he must have been receiving food and water from a source or sources. However, that is what you can get from men. Most men will give you what you will need to keep depending on them, so that you remain in perpetual bondage to them. (A case of giving fish and not teaching one to fish).

The same men this man wanted help from were the same people who queried his healing, saying, ‘it is not lawful for you to carry your bed on the Sabbath’ (John 5:10), they even queried the identity of the man who healed him and also persecuted, and sought to kill him (John 5:12, 16). Instead of trusting men, why not put your trust in God. In Psalm 121, the psalmist declares that his help comes from the Lord who makes the heavens and the earth. Are you still trusting men to favour you, I pray you will not spend more than thirty eight years before you are wise, if God doesn’t help or favour you, nobody will:

If the LORD do not help thee, whence shall I help thee? out of the barn floor, or out of the winepress? (2 Kings 6:27). Woe to them that go down to Egypt for help; and stay on horses, and trust in chariots, because they are many; and in horsemen, because they are very strong; but they look not unto the Holy One of Israel, neither seek the LORD (Isa 31:1). (Psa 20:7)

Some trust in chariots, and some in horses: but we will remember the name of the LORD our God. (Psalm 20:7)

In all thy ways acknowledge him, and he shall direct thy paths. (Prov 3:6)

Seek God; men will always be men and God, God. God never disappoints. This God is our very present help in trouble. (Psalm 46:1)

Laziness/Lack of Direction/Procastination- The man claimed that, ‘while I am coming, another steps down before me’ (John 5:7b), for thirty eight years? Same experience? This man will never learn, he is lazy. Why not stay just a step ahead of others and throw yourself down immediately the Angel leaves. Often, God will do his own part and allow man to also do his own part. The Angel of the Lord will come and stir the waters, but it is left for individuals to find their ways there, the first man to get there will receive his healing ( John 5:4). We live in a world where you do not expect others to wait for you. The world itself is a high way, there is always the opportunity for overtaking. Do not always expect people to queue behind you. Get yourself the direction, get yourself the motivation.

This man need not stay far from the miracle pond, he needs not travel far. We have heard of people sleeping at embassies to get attention and get an easy passage. People had slept close to examination centres to get to examination hall on time. Many youths today spend almost twelve hours a day on the phone and watching TV, if you do that constantly for a year, you must have wasted six months within a year on the phone and TV.

If you do that for ten years, five good years had been wasted. Get a life, keep busy, stop being lazy. Do not always wait for opportunities, create one yourself and achieve your dreams. Others will not wait for you, step up and take charge. Know that whatever you are doing with your time is what you are doing with your life. Stop procrastinating; what you can/should do today should be done today. The man was expecting that next year would be better until he nearly spent forty years in that state. Time wasted cannot be recovered; time spent is gone, wise up!

Unrealistic Expectations- People waste their time and years because of many unrealistic expectations. In Nigeria today, many parents and youths are waiting for the time government will bring employment letters to their door steps. The reality today is that your university degrees alone cannot put food on your table. Gone were the days you have a ready job upon graduation from the university, we must sadly face this reality. We have heard of PhD holders jostling for driver’s jobs in companies. I know many graduates who are into fashion designing, shoe making, confectionaries, block making and so on.

Oyetola, man of the moment