We are in handball premier league to stay –Coach 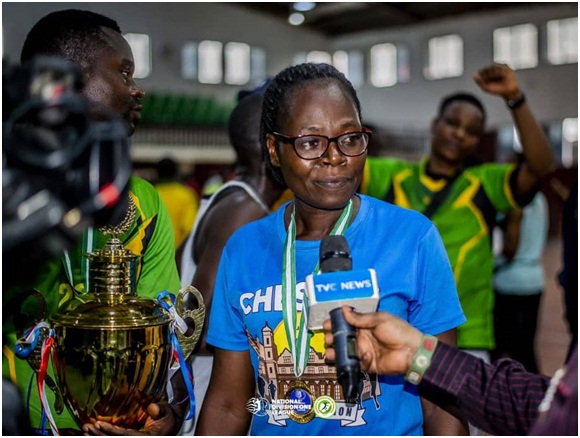 T he head coach of Ondo State Handball, Mrs Ronke Saliu has disclosed that the team has come to stay in the country’s highest league.

The state handball team, Owena Kings recently got promotion to the elite league after three years in the lower league.

Saliu in a chat with Sporting Hope   expressed her happiness over the team’s promotion to the premier league saying promotion was achieved through hard work.

She added that for the team to sustain and maintain their status in the league we will need to retain and bring in new players to compliment the players on ground.

She said: “We need more players to fortify what we have ,because premier league is far different from division one ,the league is the highest level in handball as far as Nigeria is concerned.”

“In this wise, we need the help of the government like never before for us to get going in the league, sports loving individuals and private sector should also come to our aide.

“The secrete of our success was not far from hard work, we train day and night to ensure we return to the premier league.

“We need everyone for us to sustain the promotion”.

“I was very happy with the promotion, I’m on top of the world because it wasn’t easy for a team in relegation come back to the elite league.”

“We are in the handball premier league to stay, we will ensure we never go back to relegation.”