‘We are strategising to win House of Assembly seats’ 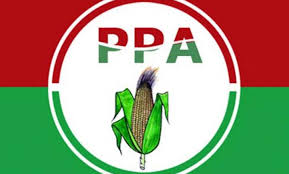 By Jubril Bada
|
The Progressives People Alliance (PPA), Ondo State chapter, has said that the party is more prepared than before for the coming general elections in the country.

The State Chairman of the party, Chief Alamurin Ogunbodede told The Hope on telephone yesterday, assuring that the party will win the presidential election.

Ogunbodede, who is also the State Chairman of Inter Party Advisory Committee (IPAC) boasted that the party would win many House of Assembly seats in the state.

“Our party will win because we are very popular and the party not is new to an election.

“”We are going to win many seats at the State House of Assembly.

“Hopefully, we are going to win and produce the next president of the country.

According to him, the party has fielded some candidates for the Senatorial, House of Representatives and Assembly seats for the next year elections.

He explained that the PPA is a party to beat in the elections.

“We are preparing to defeat other contestants” he was optimistic

Ogunbodede further explained that the party has structure across the state and the country and what it takes to coast to victory in the elections.

He added that the PPA has over 30,000 as registered members across the state to strategize for its victory.

“If we don’t have structure, we cannot be called political party. We have structure and 30,000 registered members all over the state.” he disclosed.