We can’t continue to live in fear -Akeredolu 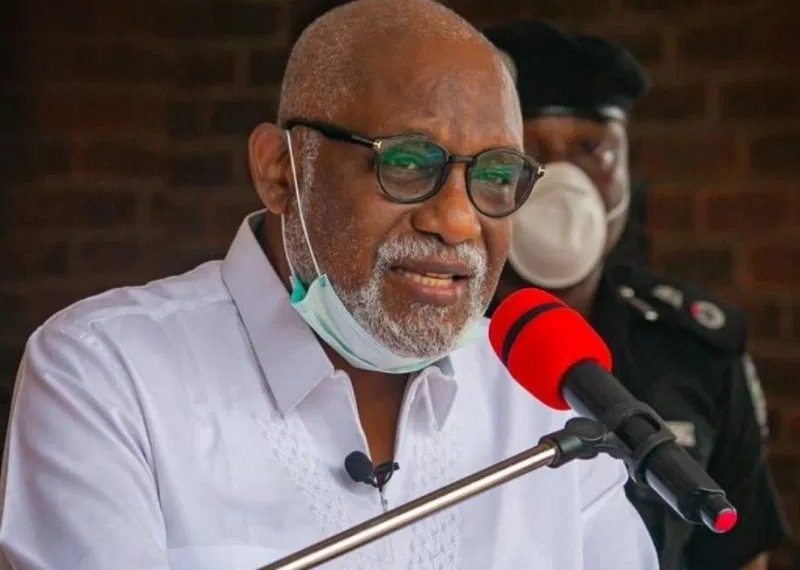 Ondo State cannot continue to live in fear because of the rising cases of kidnapping, robbery and other criminal activities, the state governor, Arakunrin Oluwarotimi Akeredolu has said.
He gave the admonition yesterday while receiving the newly posted Assistant Inspector-General of Police for Zone 17 in Akure, Mr Isaac Akinmoyede and the new Brigade Commander of the 32, Artillery, Owena cantonment, Brigadier Raymond Utsaha.
Akeredolu sought the assistance of the Security Chiefs to curb criminal activities and make the state a peaceful one
He said the battles against crimes and criminality in the state would be successfully won when all security agencies in the state harmoniously work together.
He revealed that it is the joint responsibility of both the government and the security agencies to ensure the safety of lives and property of the people, hence the need for effective collaboration among all to ensure victory over criminals in the state.The Governor commended the efforts of the security agencies in the state geared towards securing the state and protect the lives and property of the citizens.
Governor Akeredolu particularly appreciated the support of the out-gone Brigade Commander, 32 Artillery Brigade, ZL Abubakar and the state Commissioner of Police, Bolaji Salami, saying they have demonstrated competence and professionalism.
He further charged all the security agencies in the state to work hand in glove and ensure effective synergy with the Ondo State Security Network Agency codenamed Amotekun Corps to end kidnappings, armed robbery, farmers/herders clashes and other criminal activities in the state.
Earlier, the new AIG Zone 17, Mr Isaac Akinmoyede, appreciated Governor Akeredolu for his sustained support and cooperation the police has received from him, just as he thanked the Governor for the new headquarters of the Zone 17 he donated.
He promised to do their best to bring down crime rate in the state and ensure adequate protection of lives and property of the citizenry.
The new AIG who solicited for more cooperation and support from government and the people of the state to achieve success, equally called for harmonious working relationship with other sister security agencies including Amotekun Corps to effectively fight crimes and criminality in the state.
Also, the out-gone Brigade Commander, ZL Abubakar, appreciated Governor Akeredolu for what he called enormous complimentary efforts so far receiving from the Governor, including the barrack road construction, assistance to widows and dependants of the fallen heroes in the state among several other support.
He appealed to the Governor to extend similar gesture to his successor, Utsaha, to enable him succeed in the state.
The new Brigade Commander, .Brig. Gen. Raymond Utsaha, solicited for harmonious working relationship with other security agencies to effectively reduce cases of kidnapping, armed robbery, banditry, farmers/herders clause and other criminal activities.