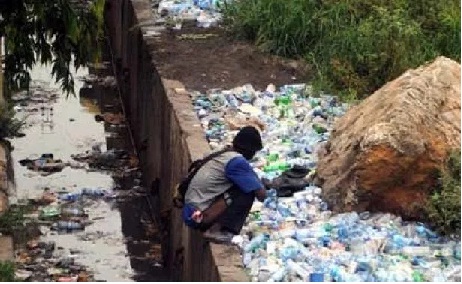 The State Commissioner for Water Resources, Public Sanitation and Hygiene, Mrs Yetunde Adeyanju disclosed  this to newsmen after sensitisation on the need to stop open defecation in Igbara-Oke, Ifedore Local Government area of the state.

Mrs Adeyanju said the six Local Governments where open defecation would be addressed are Ifedore, Akure North and Owo .

The Commissioner noted that the governor wanted to see the six council areas certified open defecation free societies in 2022 by the World Health Organisation (WHO).

Mrs Adeyanju stated that the sensitization exercise started in 2021 in Elemo Community, Amutere Community, Aro Oloruntobi Community, and Ajebamidele Community all in Ifedore LGA and they were given six months to change their defecation attitude.

The Commissioner stated that two of the communities was almost close to certification and other communities have been given some weeks to comply.

“Mr Governor has given us the marching order to go out and ensure that before the end of this year, six local governments are certified by WHO.

“The exercise is a continuous one and there is a team assigned to carry out the duty on daily basis.

“The campaign is toward changing the attitude of our people on defecation. It is an eyesore to defecate in the open or build your house without toilet facilities,” Adeyanju stated.

The Commissioner said that after total compliance in the targeted local government areas, the government would move to other areas and ensure compliance as well.

She explained that the government was getting some good results, adding that there was need to join hands  with the government to stop open defecation so that faeces-related diseases would be reduced drastically.

In her remarks,  the Director, Public Sanitation and Hygiene of the Ministry,Mrs Funmi Akintade

appreciated the commissioner for her unrelented efforts in ensuring that there was a strict follow-up in achieving stop open defecation campaign.

She promised that the government had given order to renovate the four toilets and four bathrooms facilities built in Elemo Community by the MDGs as well make four boreholes functional for use.

“We are not going to stop until we achieve open defecation free society in these communities. We want total compliance and definitely, we are coming back to do certification.

“You don’t need to build sophisticated toilet but simple one. The aim is that our health must be secured,” she stated.

Responding, some leaders of the visited communities, Elder Ezekiah Oni, Elder Ganiyu Adewuyi, and Mr Bakare Hammed commended the government, pledging that the communities would do the needful.