We ‘ll flush bandits out of forests – IGP 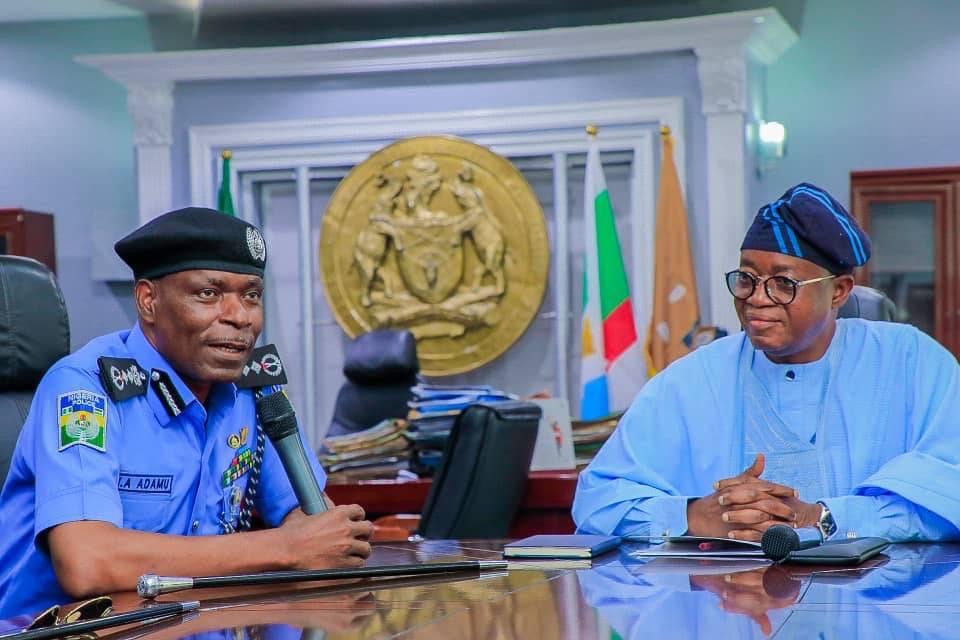 We ‘ll flush bandits out of forests – IGP

From Fisayo Akinduro, Osogbo
|
The Nigeria Police Force has expressed its readiness to wage war against bandits and flush them out of the forests.

The Inspector General of Police, Muhammad Adamu, made the assertion while fielding questions from journalists at the Governor’s Office in Osogbo on Tuesday.

Adamu while assuring residents of the state on security said the police have concluded plans to raid the identified bandits’ dens where kidnapping activities are being carried out.

The police boss while disclosing the outcome of the security summit held in Ibadan on Monday said they came up with resolutions to send special forces who are indigenes to their localities so as to help augment the efforts of the Commissioners of Police within the region.

“We are specifically ready to target the forests where there are bandits and kidnappers, so that war can be taken to their dens before they strike.

“It was also resolved that we work with other security agencies; more or less like vigilantes to work with us and fight crime as the Governors have pledged to continue to support law enforcement agencies in their fight  against crimes by providing vehicles and other logistics so as to support the fight against  crimes.

“I am delighted to note that the strategies jointly developed between the strategic community actors and the Police which are currently being implemented have been effective in addressing  identified security threats in the geo-political zone.

“This is evident by the fact that since the meeting, the rate of these crimes has not only dropped drastically, several bandits have voluntarily renounced crime, submitted their weapons and released several victims that had hitherto been kidnapped and held in their camps across the zone.

Speaking, the state Governor, Gboyega Oyetola reassured the people of the state on the security of lives and property, saying the IG is on top of the security situation in Nigeria.

Describing Osun as the most peaceful state, Oyetola said he would use everything within his reach to ensure that the people of the state sleep with their two eyes closed by providing all the necessary apparatus.

“The visit of the IG is to reassure our people to take security very serious. When you see the number one police officer in the state, that shows that he is particularly concerned about the issue of security.

“In our capacity as a state government, we would try to support the police in terms of logistics and apparatus.

The governor said:  “this is aimed at reassuring the people of the state that we are safe and want to continue to be the number one safest state in Nigeria.