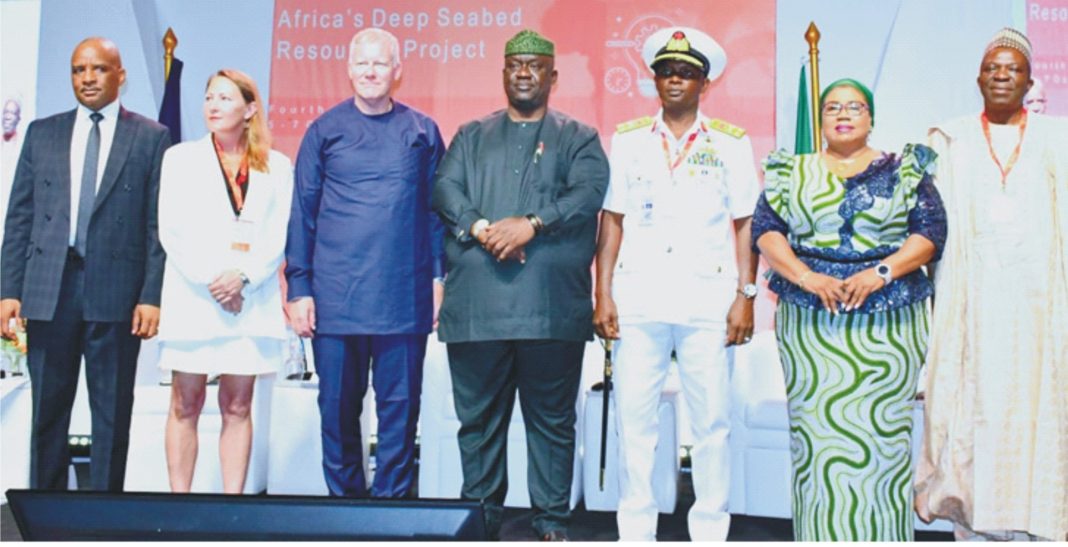 Expectedly, the formation of Congress of Nigerian Universities Academics (CONUA) as a breakaway faction from the Academic Staff Union of Universities (ASUU) is stirring mixed reactions from stakeholders in the education section.

Leader of one of the new academic unions, Dr Niyi Sunmonu of the Obafemi Awolowo University, Ile-Ife has declared that CONUA is not anti government.

Sunmonu, its National Coordinator said that the new union was established to restore stability to Nigerian universities, explaining that members of CONUA would adopt “constructive criticism” and “alternative ways of solving problems.”

“For the standard of education to be very high, we need a stable academic calendar.  We need to be able to predict the academic session, have innovations that are difficult without continuity, and be attuned to modern realities,” he said.

“Our union would approach the matter of engagement with all stakeholders in an engaging manner to have a common ground for moving forward.

“Our union is not anti-government, if government and by extension, administrators of universities are doing well, we will let the world know and we will quickly knock them, provide alternative constructive criticism and take them to task where they are not doing well.

“We will not wait for them to make mistake before we intervene.  We have vision and we will provide ahead what can be done to have better results.  If that is done, we are sure we will have a better way to move forward.

“Members believe we should have alternative ways of solving problems.  Members have been contributing very well to the finance of the union.  When we fulfill and do all that we need to do, financial constraints will be forgotten.

“We have been at this for over three years in Ife.  We have been waxing stronger and members from other universities have been experiencing what we experience here; hence the decision to come together to form a national union.”

However, Chairmen of the Academic Staff Union of Universities, ASUU, and other stakeholders in the education sector have described the registration of the new unions in the nation’s universities as illegal and unconstitutional.

They said the factionalisation of ASUU, with the registration of two new academic unions by the federal government is “a shameful dance of a dying cockroach.”

They pointed out that the Nigerian Labour Act expressly prohibits registration of same unions in the same field.

Minister of Labour and Productivity, Chris Ngige, had last Tuesday presented certificates of registration to the Nigerian Association of Medical and Dental Academics (NAMDA) and the Congress of Nigerian University Academics (CONUA), in an apparent bid to weaken ASUU.

He said the Minister of Labour only tricked them and that was why no certificate was presented to the new bodies but a letter headed memo from the Ministry of Labour and Employment.

“They have shown themselves as bunch of illiterates. They are not registered unions because it is an illegality and can never stand. Go and read our labour law and you will see that it is an effort in futility”, the FUTA ASUU Chairman said.

Awopetu said the attempt was government’s plan to rival and distract ASUU from its struggle.

Awopetu said the union was waiting for the outcome of the meeting between President Muhammadu Buhari and the House of Reps Speaker, Femi Gbajabiamila.

The union leader noted that the appellate court has given FG and ASUU ultimatum to resolve the lingering crisis out of court.

Professor Simon Ehiabhi, Chairman of ASUU, Adekunle Ajasin University, Akungba-Akoko, said that ASUU is a well established union that will not be moved by the new unions.

He said that ASUU is an organic union while the new ones are political unions that will go with the government that brought them in.

While saying that the government was only trying to buy time, waste tax payers’ money and run away from the fact, Ehiabhi added that multiplying unions will not change the stand of ASUU that the federal government must take care of public universities and the members of the academic community.

Dr Adeola Egbedokun of Obafemi Awolowo University said: “As on the implication on the so called factionization, it is an unfortunate incident. Ngige has exposed the insincerity and inability of the federal government to resolve simple matters of dispute.”

He disclosed that the Minister of Labour has also revealed that the federal government does not obey the law of the land.

Egbedokun, however, said it is unfortunate that the issue has gone to this level which according to him is not good enough for education development of a developing country like ours.

Dr Chris Ofonyelu from Department of Economics, Adekunle Ajasin University, Akungba-Akoko, said that it would increase rivalry and politicking in the universities, adding that it is a bad omen for universities.

While stating that this move might be intended by the federal government to weaken ASUU, he noted that it could also be a way of weakening public institutions and creating room for sub-standard private universities.

He expressed hope that the new unions would fizzle out soonest, saying that ASUU is fighting for the future to make education qualitative.

Mr Kabir Danladi from the Department of Mass Communication, Ahmadu Bello University, Zaria, while expressing hope that the move will not affect ASUU, stated that the federal government ought to have resolved the ongoing crisis without adopting a counter productive measure like this.

He said registering the new university bodies was an attempt of the Minister to break the rank of ASUU, saying it is more of personal vendetta than national interest.

An Ado-Ekiti based political analyst, Elder Ayo Arogundade condemned the move by the Federal Government to register more unions as not only sabotage, but a deliberate act to cause disunity among lecturers in the universities.

He said the move by the Federal Government was a deliberate act to cause what he called factions among the major stakeholders in the country’s higher institutions.

Former Dean, Faculty of Basic Clinical Sciences, University of Medical Sciences, Ondo, Prof. Michael Simidele Odimayo said the move by the federal government to register new unions in the universities should not be seen as limiting the powers of ASUU but granting autonomy to those who have been clamouring for it.

Associate Professor and Head of the Department of Criminology, Adekunle Ajasin University Akungba Akoko, Dr. Daniel Ikuomola who is also a member of ASUU said the plot of the government in registering the new unions was dead on arrival, stressing that CONUA will soon fizzle out.

A lecturer at the National Open University, Dr. Pius Adeniyi said the creation and registration of rival academic staff unions in Nigeria Universities will neither reduce the powers and effectiveness of ASUU nor help end the ongoing impasse between ASUU and the federal government.