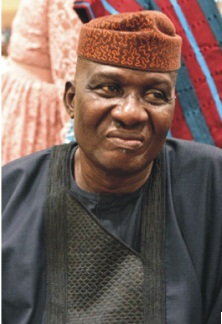 All hands must  on deck to combat the outbreak of Lassa fever in  Ondo State as the dry season approaches.

Commissioner for Health, Dr. Banji Awolowo Ajaka made this known during an Emergency Operation committee meeting with pillar leads, assistants and partners which held at the  Dr Wahab Adegbenro Emergency Operation Centre  at the Infectious Disease  Hospital in Akure

Represented by the State Epidemiologist and Director of Disease control, Dr Stephen Fagbemi, he revealed that there is an annual increase in the  cases of  Lassa Fever at  the onset of the dry season in November and noted that it is important  to strategise and begin to roll out information on the seasonal pattern of the disease.

According to him, there is need to curtail the spread of the virus through sensitization  of the people of the state on the patterns of Lassa Fever

According to the committee, Ondo State  is one of the states in Nigeria  where the disease is endemic and there is need to work hand in hand with all medical facilities in the  state for proper diagnosis and prompt  notification .

The committee  therefore called on the people of the state  to promote good hygiene at homes and in their various communities and also put measures in place  that would discourage rodents from entering their homes.

The meeting resolved  that  strategies that would   be used  to combat the  outbreak of the  illness  are training of clinicians, rolling out sensitization jingles, radio drama, motorised campaign and use of  social media.

Lassa fever is a viral hemorrhagic fever  and an acute illness that has morbidity and mortality.