Home News ‘We ‘re committed to sustainable devt’ 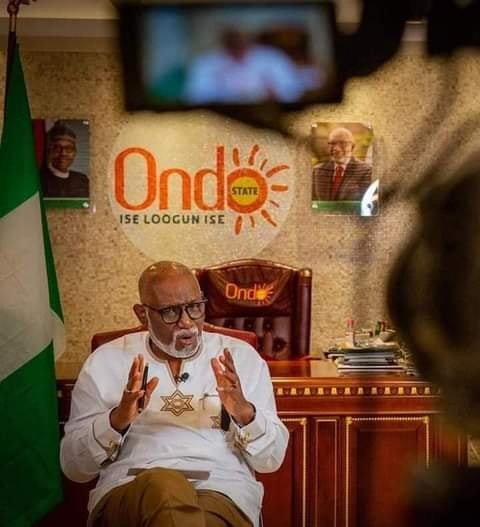 A compendium of landmark projects by the present administration in Ondo state under Governor Oluwarotimi Akeredolu, has been presented to the public.
The compendium which x-rayed the laudable achievements of the government across sectors in different parts of Ondo State and titled “Season of Success Stories”, was launched in Akure, the Ondo state capital.
Speaking at the ceremony, the Ondo State Governor, Oluwarotimi Akeredolu, revealed that his achievements in office in the outgoing first tenure are bye-products of a determined mind to ensure that the Sunshine State is transformed inside out.
While appreciating the editorial team for a job well-done, Governor Akeredolu recommended the publication which he said is an impressive chronicle of his modest contributions to good governance.
In his goodwill message, the Chairman of APC in Ondo State, Ade Adetimehin noted that in view of the numerous achievements of his administration, Governor Akeredolu remains the best candidate to take Ondo State to a destination of choice desirable by all patriotic citizens of the state.
Also, the Initiator of Ibigiga Ambassadors, Chief Alex Ajipe said the current industrialisation process in Ondo State can only be sustained in the hands of a visionary leader who is Governor Akeredolu.
He explained that the ONDO-LINYI Industrial Hub, Ore projected to keep over 20,000 persons productively engaged, will be a tip of the ice berg by the time the Bitumen Exploitation and the Port Ondo projects come on stream.
The Chairman Ondo State Council of Obas, the Olugbo of Ugbo, who was the Royal Father of Day and represented by High Chief Bayo Olatunji said the adoption of Governor Akeredolu for second term by traditional rulers in the state was a decision based on verifiable performance and sincere commitment to the well-being of the people by Arakunrin Oluwarotimi Akeredolu.
Earlier, the Publication Director and Editor-in Chief of “Season of Success Stories”, Ayotunde Akinfolarin disclosed that over one thousand projects in diverse sectors made the edition.
While commending Governor Akeredolu for his untiring commitments to the development of Ondo State, Akinfolarin said the template of development entrenched in just three and half years in Ondo State can only be sustained through the governor’s reelection.
The public presentation was graced by several signatories including the Minister of State for Niger Delta, Chief Tayo Alasoadura, the Chairman, Governing Council of Adekunle Ajasin University, Akungba Akoko, Dr Tunji Abayomi and the Ambassador to the Republic of Congo, Chief Sola Iji among others.