Home News We ‘re ready to  tackle  flood menace – ODSG 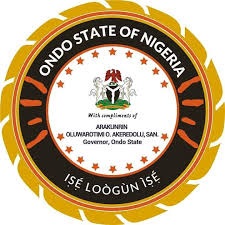 We ‘re ready to  tackle  flood menace – ODSG

By Kemi Olatunde
|
Following prediction of  flooding  this year by the  Nigerian Meteorological Agency (NIMET), the Ondo State  Government has expressed its readiness to tackle the menace through various effective measures put in place to eradicate it.

Permanent Secretary, Ministry of Environment, Engr. Temitayo Adeniyi revealed this while speaking with The Hope  in Akure yesterday.

According to him, government has embarked on aggressive desiltation of drains both in Akure, the state capital and other parts of the state to ensure free flow of water during the rainy season.

He listed some major places in Akure  that will benefit from the exercise to include; Alagbaka area, Oba-Ile, Ijapo estate, Ojudu and FUTA South Gate and other towns like Owo, Oba-Akoko, Akungba-Akoko and Idanre

He noted that  a community, Aponmu, would have been wiped out, if not for government intervention.

Adeniyi stated further that there is also ongoing channelisation in the state while he commended  Governor, Oluwarotimi Akeredolu for approving the purchase of a swamp buggy for the exercise.

His words, “Two additional ones will soon be in the state,  courtesy of the World bank to make it three, thus enabling each senatorial district to have one to work.

“Government will also make use of manual channelisation in some areas which  will provide employment to some youths. Government is also embarking on efficient waste evacuation to prevent blockage of drains.

“If rain falls, there will be free flow of water. So government is well prepared to receive the rain as it comes and we are confident that we won’t experience lost of lives and properties.”

He charged the people of the state to desist from the act of building along flood plains and dumping of waste along the river courses.

He also advised  them to obey other environmental laws in order to ensure a flood free state.