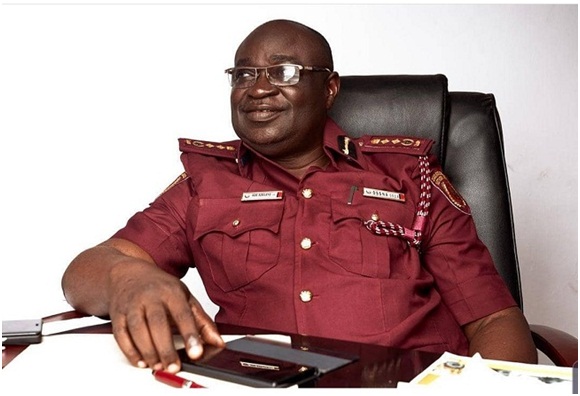 Men of the Ondo State Security Network Agency codenamed Amotekun Corps has arrested 4,000 suspects between January and May 2022.

This was disclosed by the State Commander of the Corps, Akogun Adetunji Adeleye in Akure at the weekend.

He stressed that according to the agency’s statistics, crime rates in the state has dropped by more than 70 percent, adding that the state was experiencing decrease in the number of suspects during this period.

Addressing newsmen, Akogun Adeleye who is also the Special Adviser to the Governor on Security Matters, stated that Amotekun Corps started the year on a very good note.

According to him, December periods were usually characterized by various criminal activities, but the last December was eventfully peaceful until the Agency had its first challenge in Ose local government.

He mentioned that the arrested suspects were involved in various criminal activities which included; kidnapping, armed robbery, illegal possession of fire arms, child trafficking, illegal use of weapons, cult activities, human relations violations and a host of other heinous crimes.

He further declared that they have been able to send a reasonable number to Correctional Centers, while prosecutions and diligent investigations were ongoing on many others.

He added that the agency, in collaboration with other security agencies, continued what was supposed to be Christmas patrol until March to ensure that Ondo State remains peaceful.

The Commander stated that officers and men of Nigeria Police Force, Nigeria Security and Civil Defence Corps, DSS, the Nigerian Army, Amotekun Corps and a larger part of the security agencies of Edo state synergised with us to confront the criminals.

While commending and appreciating officers and men of all security agencies for their support in ensuring that Ondo State why peaceful, Adeleye implored members of the public to continue to support the security agencies with timely and useful information.

He stressed that the routine recruitment into the Corps, for now will be a yearly affair, but specifically, the three hundred and fifty officers to be recruited now were to meet specific security challenges, especially now that more investors were being invited into the state.

He added that those that wanted to participate in the recruitment exercise should log on to www.ondoamotekun.com and register, fill the forms, submit online and if an applicant was qualified with all the attachments, an invitation for interview will be sent to such person.