We won’t forcefully hand over schools to missions —ODSG 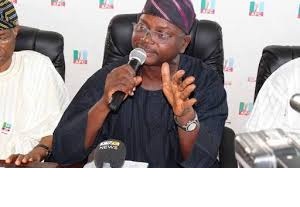 The Ondo State Commissioner for Education, Science and Technology, Mr. Femi Agagu has said the state government would not handover any school to the missions except all stakeholders, including the host community, agree and consent to it.

The Commissioner stated this in his office while addressing the Akure traditional council on the request by the Anglican Communion to take back some public schools in the state.

The Akure traditional council, led by the Asamo of Akure Kingdom, High Chief Olusegun Adedipe was at the office of the Commissioner to seek clarification on the purported move by the Anglican Church to take over Oyemekun Grammar School.

The entourage which comprised all the  traditional Chiefs in Akure land was in the ministry to represent the Deji, Oba Aladetoyinbo Ogunlade and other sons and daughters of Akure kingdom both home and abroad.

Responding, Mr. Agagu told the traditional council that any mission that intends to take-over schools must provide evidence of ownership and must show proof of competence, while all stakeholders; the Old Students Association, the Parents/Teachers Association, the Host Community among others must consent to it.

He explained that the quest by government to find a better way of funding education and ensure standard in the system necessitated the decision to hand over schools originally owned by missions to their owners, who must have the interest and competence in running such schools.

It is glaring that there have not been much significant progress over the decade in terms of infrastructural facilities in our public schools compared to what it was in the 60s. Government cannot fold its hands and allow the situation to degenerate further, hence the need to engage all the critical stakeholders in sector”, he stated.

Responding to the commissioner, the Akure Chiefs said they were impressed and more enlightened on the issue, promising to take the message back to the palace.