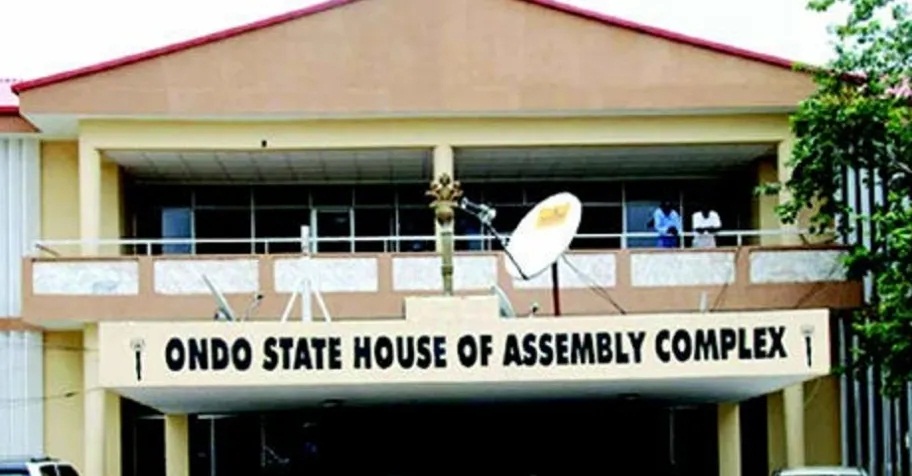 Ondo state House of Assembly has reiterated its commitment to enact laws that will enhance security of lives and property as well as boosting community developments in the state.
The House Committee on Culture, Tourism, Security and Community Development gave the assurance during its visit to the office of the Special Adviser to the Governor on Security Matters and also the Rural and Community Development Agency both in Akure.
The Chairman of the Committee, Mr Ololade Gbegudu commended the State Government for its passion at ensuring peace in the state, calling for more efforts in strengthening the system to achieve the desired result.
Other members called for joint efforts of security agencies in tackling insecurity in the state as the festive period approaches.
The lawmakers pointed out that herdsmen and farmers’ clash should be tackled headlong, while more Amotekun Corps should be recruited to make it more effective.
Speaking at the rural and Community Development Agency, the lawmakers said that members’ constituency projects should be prioritised to enable them carry out more projects .
They affirmed that the Rural Access and Agribusiness Marketing Projects (RAAMP) ,when in full operation would bring rapid development to the grassroots.
The committee assured the agency of a robust relationship to achieve the set goals.
While reeling out activities of his office, the Special Adverser to the state Governor on Security Matters, Alhaji Jimoh Dojumo informed that all is set to recruit more Amotekun Corp as the security outfit have proven itself in tackling insecurity in the state,through various genuine arrests.
He informed that since the inception of the present government, a lot has been done to ensure peace in the state, assuring that no stone would be left unturned to ensure the state is not habitable to criminals.
Also,the Special Adviser to the state Governor on Rural and Community Development, Mr Babatunde Kolawole assured that efforts were being intensified to open up more rural roads and markets for easy mobility of farm produce.
He hinted that government knows the importance of constituency projects of lawmakers hence the reason it was given adequate attention and would soon get positive result.
According to him,the Agency had put in place templates for rural and community development to ensure sustainable development in the state.