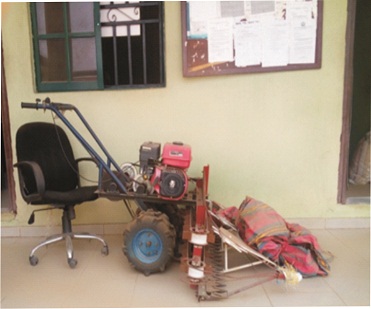 By Kehinde Oluwatayo
|
Farmers in Ondo State have promised to work hard to ensure that the effect of late onset of rain and its attendant threat to agricultural activities as predicted by NIMET this year is reduced to the barest minimum in the state.

Speaking with The Hope on behalf of the farmers, Chairman of Ondo State Agricultural Commodities Association (OSACA), Mr Gbenga Obaweya said a meeting of all commodities associations has been slated to hold on Tuesday next  week on the necessary steps to take to mitigate whatever effect it may have on the state.

According to him, members will be educated on what to do so as to have palliative from the damage the effect of the late commencement of rain would have brought.

“That is God’s design. What we can do is to make effort to ensure that the effects are not too negative. We have not met formally but we will meet in the first week of February and it will involve all commodities associations and we will be educated on what to do,” he stressed.

Obaweya who lamented that farmers could not do much of dry season farming as they ought to this year as a result of the activities of herdsmen said they will not fold their hands no matter what  happens.

According to him, dry season is a period when farmers make a lot of money through irrigated farming as a result of demand and supply.

While assuring that they will not relent in ensuring  the effect is mitigated, Obaweya said ” but whatever happens we will not throw our hands in the air, we will work hard to lessen the effect”.