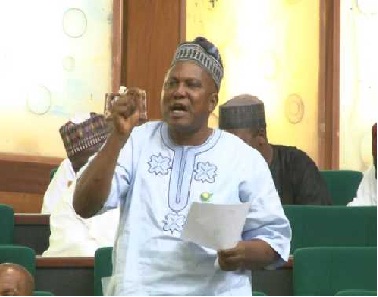 As October 10, 2020, gubernatorial election in Ondo State gathers momentum, critical stakeholders in Odigbo Local Government area of the state have promised to work for the victory of Governor Oluwarotimi Akeredolu at the polls.
The leaders of the ruling All Progressive Congress (APC) in the local government led by a House of Representatives member representing Odigbo/Ile-Oluji/Okeigbo Federal Constituency, Mayowa Akinfolarin, said they were fully prepared more than ever before to support the re-election bid of the governor.
The APC stakeholders spoke yesterday during their meeting with the Governor at the Cocoa Conference Hall of the Governor’s Office, Alagbaka Akure, the Ondo state capital.
Speaking on behalf of the party leaders, Mayowa Akinfolarin, explained that they have all learnt from their past mistakes and have decided not to repeat such again, hence they made up their minds to work for the victory of the governor come October 10.
He commended Akeredolu for various infrastructural projects across Odigbo local government area, saying he has turned Ore to a Mega City, properly called.
Akinfolarin noted that the entire Odigbo is ready to work for the victory of the governor to enable him continue his laudable transformational agenda for the socio-economic development of the state and benefit of the people.
He specifically applauded the governor for the construction of the Ore flyover interchange also known as Redemption Bridge which has put an end to incessant carnages in the axis, the Ondo-Linyl Industrial hub, the various road projects among other developmental efforts of the Akeredolu led administration.
Akinfolarin stated that the people in general are more united and speaking with one voice for the successful re-election of the Governor for a second term in office.
Affirming also the synergy between members of the National Assembly from Ondo State and the State Government, the federal lawmaker assured that the APC would emerge victoriously at the polls.
Responding, Governor Akeredolu who appreciated the people for their continued support added that the people of Odigbo local government have always supported him, urging them to do more in the forthcoming governorship elections.
He said the Olusegun Agagu University of Science and Technology, Okitipupa, which was abandoned for over 8 years by the past administration, has been transformed by his administration.
Governor Akeredolu added that other various ongoing projects including the Port of Ondo and other infrastructural projects would be completed by his administration for the benefit of the people.