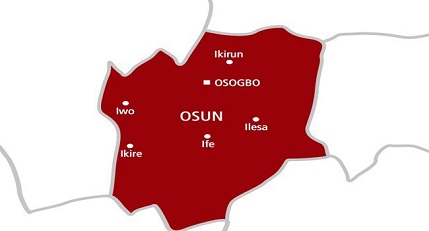 From Fisayo Akinduro, Osogbo
|
The Osun State Government has reiterated its commitment to continually introduce policies and programmes that would make the state thrive towards achieving Sustainable Development Goals (SDG).

The wife of the Governor, Kafayat Oyetola disclosed this at the gender conference organised by the Centre for Gender and Social Policy Studies in Ile-Ife.

Mrs Oyetola who was represented by former Commissioner for Women and Children Affairs, Alhaja Latifat Giwa, noted that the exercise would be done in an inclusive manner irrespective of gender differences as part of efforts to include all.

She further reiterated that the reality of government in Africa calls for thorough reassessment in order to determine how the continent can consistently and positively move in terms of human development and growth metric.

Mrs Oyetola said all hands must be on deck to continue the approach to human development by focusing attention on the individual states and regions that makeup the Nation of Africa.

She reiterated that, the programme and project will improve the standard living of Nigeria women and the people, saying a lot of work still needs to be done in ensuring gender equality and women right in Nigeria.

She noted that since the inauguration of the present administration, Governor Oyetola has been working actively to mainstream gender and social protection system in all processes and programmes of government.

Earlier, the Vice Chancellor of Obafemi Awolowo University, Professor Eyitayo Ogunmodede who also doubles as the Chief Host commended the wife of the Governor for her humanitarian and supportive role for the development of the University during her few months in office.