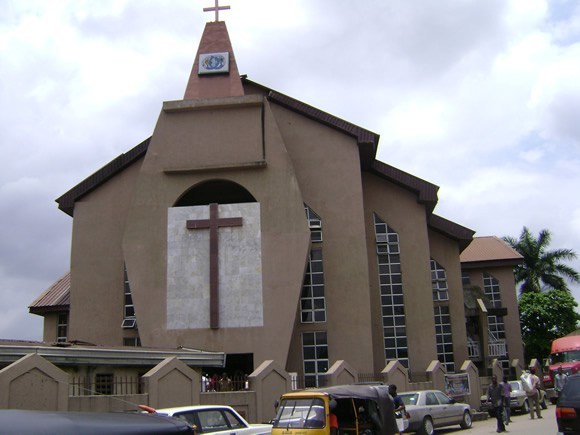 Two months after the operatives of Nigeria Police stormed The Whole Bible Believer Church popularly known as Ondo Church and arrested the pastor and his aides over  alleged abduction, the church and environment has remained a shadow of itself.

Recall that the pastor, his aides and 77 worshippers including children were arrested and taken to the State Police headquarters, Akure.

The police have since ordered the closure of the church to any activities.

The church which was a few months ago a beehive of activities is now a ghost town.

When The Hope visited the church yesterday, residents around the church commended the government as they said they have since been enjoying peace.

Some of the problems associated with the church activities according to the residents included noise pollution.

A resident, Mr. Ayomide Samuel described the absence of activities at the church as bringing peace into the environment as people no longer have to deal with any of the problems usually associated with the conducts of the church in the past.

He said “Valentino is peaceful now. The church is no longer an issue for us to worry about. Service has not been held in the church since that day. It has been a relief for people living around here. We are no longer dealing with those problems we experienced while the church was opened.

“The police are no longer in the church but it has remained closed since then.

Another resident, Mrs. Aderinsola Israel explained that people living in the environment are no longer battling with the kind of problems they were experiencing when the church was operating.

She said “before now, we were used to listening to people complain about what were happening in the church. We are also used to tolerating the loud sounds and how the church members behave in unfriendly ways. We heard stories of people camping in the church and waiting for God.

“We also heard and saw how people come there to take their relatives home. We even saw what happened when the police came to the church to arrest them. All those things have not been happening since the police came there.

“There is peace in our environment now as nobody is coming there to shout or fight. People can walk pass the church freely now without fear.”

She added that service has not been held in the church since the closure of the premises.

Also speaking, a parent whose four children were camped in the church before the police intervention, Mrs. Elizabeth Reuben expressed delight at the safe return of all her children to her after rescuing them from the church.