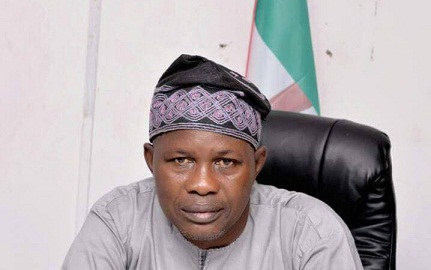 The Chairman of the ruling All Progressives Congress (APC) in Ondo state, Ade Adetimehin, said the party leadership in the state is very proud of the achievements of Governor Oluwarotimi Akeredolu in the last five years in office.

The administration was five years in office on Thursday 24,2022.

Adetimehin while speaking with The Hope yesterday rated Akeredolu high in all sectors in terms of performance and achievements, adding that the Governor has fulfilled his electioneering promises to the people of the state.

He highlighted Akeredolu’s high points in areas including education, health, security, water provision, among others.

“The performance of Arakunrin Oluwarotimi Akeredolu led administration is second to none. The achievements in all sectors are there for people to see.

“The Governor has touched all aspects and has performed excellently well. As chairman of APC in Ondo state, I’m very proud.

“When you talk of infrastructure, what we have done in the last five years, no government has ever done it. Some governments spent eight years, six years and four years. I can tell you that the achievements of the present administration in the area of Infrastructural development are second to none.

“So, when you talk of road construction, this state has never had it so good.

“In the area of education development, our primary schools across the 18 Local Government areas have received a major boost. In terms of teachers’ recruitment, over 1,200 teachers were employed just last year, and such has never happened in the past 10 to 15 years in the state.

“In health sector, this is the first time in the history of Ondo State that you will have befitting health facilities. Simultaneously, construction of a Teaching Hospital is going on in Ondo and Akure.

“In the area of security, the Governor has excelled. In all the 36 states of Nigeria, the peace we are enjoying in this state is second to none. Look at the performance of Amotekun across the state. Poeple can sleep with their two eyes closed now.

“As chairman of the party, I’m fulfilled and happy that we have fulfilled our promises to the people of the state, and we will still do more. Within the party, I will continue to do my best to coordinate the affairs of the party organ.

“There are still so many things in the pipeline that this government would do to improve the lives of the poeple”, Adetimehin emphasised.