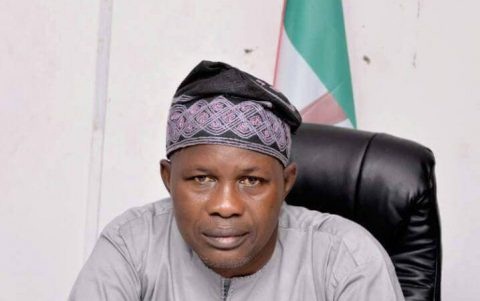 The All Progressives Congress, APC, Ondo State chapter has said that it is fully prepared to achieve hitch free nationwide members registration and revalidation exercise in the state.
The party noted that adequate preparation has been made from onset, as all members have been mobilised both within and outside the state to register.
The State party’s Director of Media and Publicity, Mr. Steve Otaloro stated this in an interview with The Hope yesterday.
It would be recalled that the Mala Buni-led Caretaker Committee of APC postponed its proposed nationwide member registration and revalidation exercise till January.
The postponement according to reports was due to the Christmas and new year celebrations among other factors that may hamper maximum participation of its members in the process.
Otaloro, who noted that the focus of the party in the state is to get it right, explained that the exercise would enable the party to register its members and equally update the existing register as well as digitalizing the system.
His words:”The exercise became necessary to ensure all new members that joined the party are validated . We are targeting more than 50 percent of what we have now as members.
According to him, the state chapter of the party under the leadership of Ade Adetimehin would meet up with everything required of the party in term of mobilization administration among others to ensure hitch -free exercise.
The spokesperson added that all the necessary equipment and personnel that would be used for the exercise would be taken through the state as soon as they arrive so as to have seemless exercise.
” As a party that will have its congress very soon, we thank God that all members speak through one voice by cooperating with the state party leaders, Adetimehin and the State Governor Oluwarotimi Akeredolu concerning the exercise.
” The State EXCO on Monday met at the state temporary office of the party where the issue of the exercise was discussed in order to have hitch free registration and revalidation of members across the units, wards, local governments and state levels” he stated.