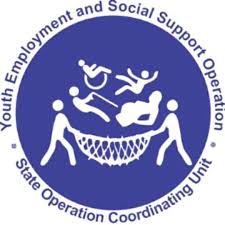 By Mary Agidi
|
The State Operating Coordinating Unit, (SOCU), of the Youths Employment and Social Support Operation, (YESSO), has said 24,000 vulnerable household members have been captured for the first round of the project in six local government areas of Ondo state.

Addressing participants during a day YESSO stakeholders’ dialogue session, the Special Adviser to the Governor on Public and Inter-govermental Affairs, Mrs. Bunmi Ademosu explained that the data of vulnerable people  was gathered through the Community Based Target approach.

She noted that the process of data gathering was carried out by the state, World Bank, and National Bureau of Statistics and the result was approved by the National Assembly.

The Special Adviser explained that the essence of the dialogue session is to brief stakeholders, especially Local Government chairmen on the stage of the project and to inform them of their duty for the project implementation as specified by the World Bank.

Ademosu assured that by the end of the project, all the 18 local government areas would have been covered, regardless of the fact that Ondo state didn’t key into the programme timely.

The National Coordinator of YESSO, Aljara Sammie who was represented by the Head of Operation, Mr. Alaefule Uche lauded the pace of development recorded by the state during the short period the state keyed into the programme.

Giving the overview of the project in Ondo state, the State Coordinator of YESSO, Mr. Bankole Olaoluwa noted that SOCU has successfully concluded the first round CBT exercise in 180 communities across six local governments.

He explained that the project is aimed at strengthening the social safety net system in Nigeria by reviewing the state poverty map while providing intervention for the vulnerables.

The SOCU Coordinator affirmed that it was projected that 90,000 households will be captured in the second round of the project which is deemed to end by 2020 by the World Bank agenda.

A guest and observer of YESSO activities, Prof. Wole Akeredolu in his goodwill message described the project as globally implemented to reach out to the poor in the society and increase access of the youths to empowerment.

He noted that, though the state joined the project late, he has observed that considering the rate of support given to it, the aim will be achieved.

Participants at the event include, Chairmen of Local government areas, Ondo State Director of the National Orientation Agency, Mr. Bode Famose, and Permanent Secretaries among others.

It would be recalled that Ondo State keyed into YESSO project in 2017 months after the inauguration of the current administration.

Meanwhile, the project took off in Nigeria in year 2013 and is expected to lapse next year.

According to the World Bank, the project is an intervention to help solve endemic problem in the identified countries and to assist states in their  development drives.