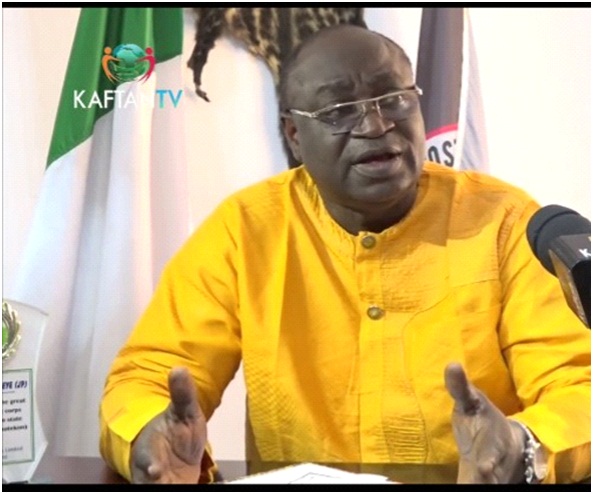 Commandant, Ondo State Security Network Agency, codenamed Amotekun Corps, Chief Adetunji Adeleye has said that the agency has embarked on massive patrol of the state, assuring people of safety of their lives and property.
Adeleye, who gave the assurance while speaking with The Hope Metro in his office at the weekend, said “we will not leave any stone unturned. The safety of our people in Ondo State is guaranteed.
“We want to reassure them that we are not going to leave any stone unturned. With the commitment of other security agencies, we will ensure that the state is safe.
“There have been speculation here and there about herdsmen carrying guns around in certain areas in the state.
“We moved into action, but we have not been able to substantiate any till date.”
He encouraged lgoba residents to be vigilant, saying if they smell any invasion, they should get the office informed immediately.
“Any unsubstantiated rumour should be stopped. There is no point escalating an already polarised security situation by unfounded rumour.
He noted that there were influx of some people into the state. We are going to treat them like normal people, except we find incriminating objects on them.
“As far as we are concerned, people should go about their normal businesses,” he said.
We have also embarked on massive patrol in the state to give succour to people of the state.”
However, highly placed Military Officer who does not want his name mentioned, narrated that the bus was coming from the North with food stuffs which they delivered at Igoba area of Akure.
The bus usually passes through Osi route which serves as a short route to Igoba.
“The residents of Igoba, who were not comfortable seeing them as it was not their route, raised an alarm which made the bus driver to run for his life.
“We checked the bus and we couldn’t find any gun that was said to be with them, but we only found bags of food stuffs,” he said.
Also speaking, the Obaloogun of Igoba town, Oba Adeniyi Adinlewa, said he also heard about the information few days ago, but that he never saw anybody and had since contacted the Amotekun Corps.
Oba Adinlewa, however, said the gunshots and bonfire witnessed at Gadson- Igoba area on Thursday night, was due to the apprehension from residents of the community, who were not comfortable with the alleged news that some young Fulani boys came into the forest around the community few days ago.
He told The Hope Metro that the forest spanned through Igoba and Osi towns, towards Itaogbolu, another town in Akure North Council Area of the state.