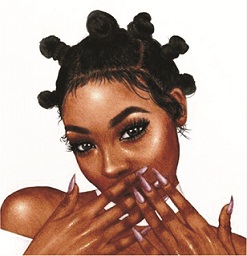 With Sunmola Olowookere
|
Every man wants a beautiful woman for a bride. Character only comes a close second. Can beauty keep a marriage from shattering?

A woman separated from her husband recently moved to our neighbourhood.

Studying her way of life, the question on residents’ lip was “Why would a beautiful woman live a reclusive life?” She does not fraternize with anyone in our neighbourhood. Though she is polite, but her reservation is very obvious. She comes home from work and stays indoor till the next morning.

What residents don’t know about her is that she is an unhappy woman. Why do love go sour in relationships? Why do people who vowed to love and cherish one another till death separate them turn around to be bitter enemies?

It can only be the devil…… One will be forced to conclude.

Omolayo is a fair complexioned, beautiful young lady in her early thirties. Her beauty drew men to her like moths to a flame. Coupled with her beauty, she was also charming and engaging. At her place of work, her male coworkers were her best buddies while most of the female employees stay aloof as they declare her too full of herself ànd flirty.

However, she doesn’t allow any of this to discourage her as unknown to those envying her, she was already down and she was determined not to allow anything or anyone pull her down more than she was already. She had been separated from her husbànd for two years now. Though she would be the last person to admit it but she was lonely.

She lived in her parents’ house and her mother did everything to make her happy but underneath her gaiety, she was dreadfully unhappy. According to her, her husband whom she had loved ànd given her youth to had thrust her aside like a used rag over mere rumour and suspicion.

She met her husband, Olumide when she was in the Federal Polytechnic, Ado-Ekiti, Ekiti state. He was a bit older than she was. He was mature and he was working then so he was able to properly take care of her. It was a heady one year as he wooed her and won over her heart.

It was not just the money that attracted her to him, she was quick to point out to those among her coursemates that teased her that she loved him not only for his money.

Soon, they got married and started their married life. As soon as they got married, Olumide changed. He became less understanding than he was during courtship. Now when he saw her with a man, he began to feel uneasy and querulous. It was a frightening development for Omolayo as she discovered that her gentleman husband could turn to a hot headed brute when he was riled.

she stopped seeing most of her friends as she believed that her husband possessiveness stems from feelings of inadequacy.

He felt that he was too lucky to get such a pretty girl and at the slightest feeling that his winsome prize is slipping out of his fingers, he would become violent.

One day, it got to a head. One of her colleagues at work was having a baby christening so she went.

After the program, there was a slight drizzle which persisted for hours. This made one of her colleagues to offer her a ride in his car so she would not be drenched.

She felt uneasy as her husband had earlier warned her not to allow any man give her a ride. She thought within herself that he would understand the situation as it was raining and she consoled herself that he might not be back yet.

However, he was already home as she alighted from her colleagues’s car.  He turned to his wife and asked brusquely “I have been calling you for some time now, why are you not picking your calls and who is this that brought you home?”

She was flustered at the attack and she faced her husband in irritation ” you are embarrassing me now. This is my colleague who brought me home. You could have let us discuss this later “

Before she could finish her words, a resounding slap landed on her cheeks. Her colleague gasped in shock while she recoiled in disbelief. Her colleague tried to intervene “please, gentleman, take it easy. It has not come to that now.”

The husband turned his angry eyes on him ” please, mind your business. I will also appreciate it if you will leave my house this minute.”

The man looked at the poor wife who was still holding her cheek in her palms. At her mute appeal that he should let things be, he reluctantly left. She went inside without another word. Her husband’s anger now seemed to have abated and he made a poor stab at an apology. Omolayo’s mind was whirling and churning with different kind of thought. “Am I not in trouble now?”

“Have I not married wrongly?”

“Is this how we will continue?”

Instead of changing her husband only got worse. He accused her of infidelity as he claimed that he has his boys watching her movements.

Though she protested her innocence and truth be told, he had never caught her red handed, he believed that it was her smartness that helped her to elude him each time he trailed her to any of the hotels he would have been told she was.

Without any proof, he was certain that she was unfaithful.

This continued for some time and at a point when the man could no longer bear it, he reported the case to his family.

His family members saw red and decided to use rituals to chase her away.

It was a very difficult time for her parents as they did not know whom to believe. While her husband lamented his woes at being unfortunate to have loved an unfaithful wife, their daughter protested her innocence and claimed that it was the enemies of their marriage that were giving her husband false news.

One day, she came home and met her husband’s uncles and aunts. She was alarmed as she was not informed of their coming. They asked her to sit while declining any offer of refreshment.

They brought out a calabash and placed it on the table with water inside.

The eldest person spoke “our wife, we are here today on a serious business. Our husband has accused you of adultery. Now you will have to drink this water if you are innocent of the allegation levelled against you. However if you are guilty, don’t drink it because if you do, you will run mad”.

She sighed in resignation as she realized that her husband had again brought his trouble.

She faced them squarely ” I have never been unfaithful to my husband. God sees my heart and my husband knows too deep down him, in spite of all his terrible suspicions.”

Then the man told her that they came fully prepared for her and that she would have to leave her matrimonial home if she refuses to drink the water.

when she remained adamànt in spite of all the entreaties. They pushed her out of the house, placed her children inside one car which sped off immediately and flung her things to her outside.

The neighbours by then were gathered as they were attracted by her cries as they took her children away and the family began the ritual in earnest.

They took a cock, wrung its neck and rounded the building three times and placed it at the entrance and pour libations on it as she stood there watching them in a stupefied fashion.

They however warned her to leave and not try to enter the house as she would swell up, burst and die after seven days.

Tried as her parents did, they could not resolve the problem. Since then, she had been living with her parents and her children are allowed to come visit her during holidays.

Though she tried to make herself happy, she still missed her marriage and whenever her children were going back to their father, she would feel as if her heart was breaking.