WHO cautions Ekiti residents over self medication 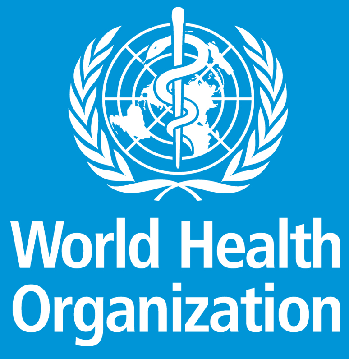 The World Health organisation (WHO) has issued a strong warning to residents of Ekiti State against what it called self medication , saying the practice has caused untimely deaths of many citizens.

The global agency also saluted  the Ekiti State Government for initiating a programme called Community Health Influencers Promoters and Services (CHIPS), saying the initiative  will help the vulnerables, like  pregnant women, children below five, physically challenged and aged to have better access to healthcare services.

WHO stated  that the programme, where 1,770 health agents will be recruited from each of the 177 wards to strengthen the heath sector , would bring health services closer to the populace, combat self medication and reduce general morbidity and maternal mortality rate.

The WHO representative in Ekiti, Dr. Emmanuel Eyitayo, spoke against self medication in Ado Ekiti, on Tuesday, during a media orientation meeting on CHIPS, a programme designed to ensure robust and all-encompassing  Universal Health Coverage in the state.

Eyitayo, represented by  WHO Healthcare Facilitator, Mr. John Adu, said:  WHO is trying its best to partner all countries of the world to overcome poor healthcare indices causing deaths.

“Recently, Lassa fever killed someone in Ekiti because of self medication. But with CHIPS, where community people will be engaged by government to provide basic health to locals, the idea of people self medicating or dying untimely will reduce”.

The Director, Community and Family Health, Ekiti State  Ministry of Health, Dr. Akintunde Ogunsakin, said the programme will be funded by National Basic Health Provision Fund being deducted from consolidated funds to bankroll the programme in all states to ensure continuity.

“This CHIPS programme will ensure that the locals  get basic healthcare early to prevent untimely deaths. It will also increase patronage in all our 354 healthcare centres and this will change the poor healthcare indices we are suffering in Ekiti and Nigeria”.

Ogunsakin stated that CHIPS  was conceptualised in view of the fact that about 53,000 out of 100,000 women die of pregnancy related complications in Nigeria with general reduction in the life expectancy of citizens, which he said made it expedient for the government to strengthen the health sector with more personnel.

The CHIPS Focal Person in Ekiti, Mrs Iyabo Ajibola, said the programme will bridge the existing gap in the health sector, causing poor access to robust healthcare services in Ekiti.

She said “The government is using Ikere and Ikole Local Governments for pilot scheme for the  CHIPS programme. Those to be qualified as agents and canvassers  will be native and residents of their wards and must be educated to be able to read and write”.