Home Column Who is a true democrat? 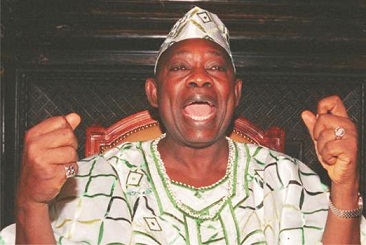 Who is a true democrat?

BY Bayo Fasunwon
|
The euphoria about June 12 has died down. The narratives of the day was changed this year, by the political will exhibited by one man who yielded to the reason of many who gave him the mandate of leadership. The performance of his resolve on the date changed the narratives of that day in the history of Nigeria forever.

Prior to last week’s recognition and celebration of June 12 as the Democracy Day, every year, that date had witnessed seminars, symposia, rallies, debates and discussions on the sad events that took place after that date, twenty six years ago. That date had always marked the reminder of the history of Nigerians’ oneness, transparency, doggedness and exhibition of the power of choice that was assassinated on the guillotines of a smiling tyrant who trampled on the good will of people who tolerated psychological terrorism and mystic stranglehold on poverty stricken citizens.

June 12 in Nigeria has become a date of ironies in Nigeria. For example, it is ironic that, what a gap toothed illegitimate President tried hard to kill, another gap toothed legitimate President has resurrected. Also, it is quite ironic that what a friend denied his friend and a would-have-been in-law, an enemy bestowed on the family of the betrayed friend. In the narratives of Abiola’s children, President Muhammadu Buhari was the last person on earth whom they could fathom to give the day the honour it deserves.  Given the role MKO Abiola played in the removal of Muhammadu Buhari from office in 1984, and the losses incurred by the latter in the process, one could not have thought that Buhari could have thought of restoring the honour of the fallen martyr of June 12. But he did. It is also ironic, that while the beneficiaries of the sacrifice of the martyr of June 12 kept disdaining and demonizing that day, even when power was on their side to glorify it, it was those that benefitted little that kept the torch of the struggle burring, until the dying torch, helped by a President (whom many presumed to be dying) gave the torch the fuel of recognition and now has lit the whole country, eradicating the darkness of lies, betrayals and denials. It is also ironic that the democracy day was shunned either by omission or commission by those benefitting leaders who carried the airs of true democrats and critic heroes of ‘anti-democratic’ practices.

The various narratives, or better still, the confessions coming to light now on June 12 is appalling, nauseating and horrendous. Now, some of the celebrated democrats of this day have been exposed as the Brutus of those days. Many names that sat comfortable in the respectable seats of progressives have been exposed as merchants of power. Some elder statesmen have their covers blown to reveal them as elder stuntmen. Must they be judged by their past deeds of about twenty six years ago? Maybe we should remember and accept the conclusion of Jesus Christ and pray:’Father forgive them, for they knew not what they were doing’. Posterity however seems to be an unforgiving judge and the law of Karma has blinded the eyes of the goddess of justice. Will nature forgive the naivety of men? Only time will tell. Every man has his time in history. June 12 was the time of MKO Abiola and his enchanting mantra of ‘HOPE 93′. In the present is the history of Buhari’s “Next Level’, and tomorrow. another history would fill the books. In politics, 24 hours is a lot of time, not to talk of years to come. History waits.

Democracy is the authority given to mortals to choose freely the leadership they desire participate in governance and reap benevolently from the choices they have made.  In this wise, the true democrats are those who ensure that the right to choose is neither curtailed nor abrogated. They are the men and women, the young, the old and those born after 1993, which keyed into the struggle and never let down the steam of their requests for the actualization of June 12 by other means. The sacrifices made by these ‘unknown’, ‘unmentioned’ and ‘unrecognized’ soldiers of democracy cannot be quantified. For them, the tears flowed forever, four years academic journey became six years, bullet wounds and cold cell rooms become unforgettable scars in the history of their quest for equality, fraternity and liberty. However, these Nigerians since 1993 are yet to reap benevolently from the sacrifices they made. The basic necessities of life are still a mirage to the millions of true democrats in Nigeria. From 1993, till now, the prayer requests of these valiant souls remain the same. Water, good roads, electricity supply, decent accommodation, security, qualitative and affordable education amongst the various endless lists. They have fought for the recognition of the de-tribalised and integrating day of decision, and have won over a period of twenty six years. Now is the time to fight for inclusion in governance, political participation, accountable leadership and welfares’ administration. The National Stadium has been named after MKO Abiola, now is the time that the Nigeria budget in truth and in deed must answer to the hunger and thirsts of the true democrat- the Nigeria masses.

The June 12 struggle has brought in its recognition a wave of lessons. The tide that heralded it had swept some goodies out of this country. In the first instance, a collective effort against a common enemy is more fruitful than scattered efforts against myriads of foes. As long as Nigerians are united to wage a peaceful war, against a common enemy, then the true democracy we all sought would be a reality. In addition, we never can tell the economic losses and the international political wastes that had bedeviled this nation due to the selfish power drunk fiat of a predatory cabal that annulled the election. Would this nation, a sleeping, have risen from her slumber?

Would General Abacha be sending us money from his grave? Would this cacophony of mushroom parties be heard? Could we have been able to achieve the visions? Could we have gotten there? Could we have ever heard the sound of the Cock crow at the dawn of national development? Would MKO Abiola have been the messiah we earnestly hoped for? The answers to these questions have become mere speculations in the minds of theorists and discussants. Since we were not allowed to enjoy the dividends of our choices, we can only say, ‘if only if’. However, Nigerians must vehemently refuse a re-occurrence of the robbery that took away our bread, and gave us crumbs twenty six years after. Nigerians must be cautious because history has a way of repeating itself. The recognition of June 12 must not be seen as an end in itself. It is just the means to an end. Nigerians must arise to deliver themselves from those who seek to divide us with religion, ethnicity and propaganda. A true democrat has only one dream. That is the dream of true representation by consent. Anything short of this, no matter how nice it looks, is an aberration. Finally, we learnt that nothing is impossible to the willing heart. What President Buhari has done was what other past Presidents were unwilling to do.

The losses of June 12 may never be regained. But we have learnt that our worst enemy could be our best friend, and vice versa. The time has come for us to gather the pieces of our lives together, like they did in Rwanda. Let us lay aside every bitterness of the past, dry the tears of afflictions from our eyes, so we can see clearly. Now is the time to make our leaders accountable. Nigerians should imbibe the spirit of democracy, holding leadership accountable until the desired is achieved, may never be regained the true democrats should be tired of the MONDEWOBACHO creed of our leaders in greed. In case you do not know, the creed says ‘Monkey dey work, Baboon dey chop’.