Home In Our Neigbourhood Who killed Eniola? 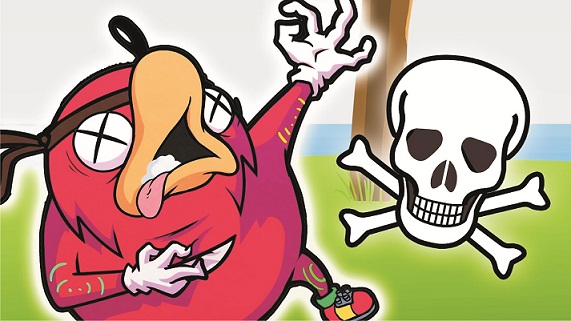 By Sunmola Olowookere
|
One of the most active Segment in our neighborhood is the gossip mill. So much so that a rumour can break in a day and make all the rounds before sundown. Both men and women alike engage in this delightful pastime. Pastors would even talk about it in churches. Muslim leaders would raise it as a prayer point in the mosque.

All these make gossip to thrive in our society even without the media broadcasting it.

It relieves boredom and the advantages are numerous though some people think that its a bad habit. However, there is no disputing the fact that gossip is part of our lives, after all, there can be no smoke without any fire.

Eniola’s family had buried their dead and had kept their peace. The children were urged to find means of paying off their father’s debt as some of the debtors came to his burial to demand for their money.

At the meeting, the children neither refused nor accepted the family’s advice. The same day after the meeting, they all went their separate ways and locked up the house with plans to get someone to rent the apartment.

However for us in our neighbourhood, it was far from over.

Our neighbourhood buzzed with the likely cause of death of the middle aged man. Though he had been buried and his family had decided not to prolong the tragedy by investigating the incident, residents were still interested in the cause of his death.

The family argued that anyone with eyes in his/her skull would see that he died as a result of falling which made to hit his head against the floor edge home; a home accident which could happen to anyone.

We agreed with them too. He was not murdered but we could not shake off the suspicion of a spiritual attack. We live in a cruel world.

They abound everywhere. Various incidents made his neighbours to agree that he must have stepped on some powerful toes.

The deceased is into land sales business. Though one does not speak ill of the death, everyone knew that Eniola was a crook who can sell the same parcel of land to five people and they would start to fight among themselves.

Many times, thugs had been sent to his house to collect refunds of money paid him for a land that had been sold to someone else, they would manhandled him and sometimes beat him up. In spite of all these, he never learnt his lessons.

However one bold woman among those he swindled over land sales got him arrested and sued him for stealing and land fraud at a magistrate court in Akure.

He was locked up at the police station for a week before the case was charged to court. Though he was sick and had to be treated by a doctor, he had no choice but to get some medicine as he was not allowed to go to the hospital.

So this time around, no one believed that he was sick and one of his wives could not help snickering in disbelief. He had to spend three weeks in police station before his bail was perfected in court.

His health deteriorated as the hearing progressed and he looked more emaciated in his appearance with each day.

He could not eat well as he had to pay the lawyer representing him. His bad image had spread far so no one came to buy land from him again. However now that he is  no more, he has no case to answer to any longer.

‘The family argued that anyone with eyes in his/her skull would see that he died as a result of falling which made him to hit his head against the floor edge home; a home accident which could happen to anyone.’