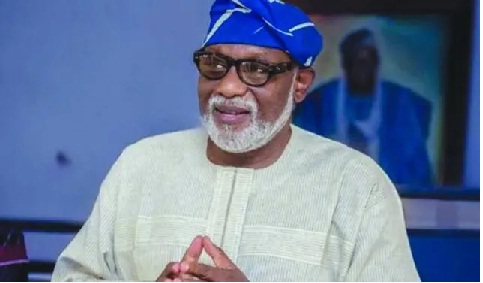 The people of Akoko land have assured the APC candidate in the October 10 governorship poll in the state and Ondo state governor, Oluwarotimi Akeredolu of the massive vote come October 10.
Speaking through some of their leaders including Ondo State Commissioner for Physical Planning and Urban Development, Alhaji Rasheed Badmus and the Chairman, Akoko North West Local Government, Ayodele Akande, the people said governor Akeredolu is doing a lot to develop Akoko land which had been abandoned for years by immediate past government.
The duo who spoke during a local government campaign rally for the re-election of Governor Akeredolu held at Oke-Agbe, the headquarters of Akoko North West Local Government Area, also affirmed that the Governor would be massively re-elected for a second term by the people to appreciate him and enable him consolidate his various achievements in the area.
They particularly appreciated the Governor for his quick and positive response to the protection of lives and property of the people of Akoko land through the establishment of Amotekun Corps, saying this has greatly addressed the security challenge facing the area.
According to them, having Governor Akeredolu at the helm of affairs at this time is a blessing not only to the people of Akoko land but the entire state, saying Akeredolu led administration has positively impacted the lives of the people in area.
The local government campaign rally witnessed large and impressive turn out of people who promised not to vote any other person other than APC candidate to further bring the much needed development to the people and Akoko land.
Commissioner for Physical Planning and Urban Development, Alhaji Rasheed Badmus, said he was not surprised that the local government was bubbled and agog to welcome the Governor and his entourage because the Governor’s laudable projects are being felt by all.
Badmus listed some of the achievements of the Governor in Akoko to include rehabilitation and construction of roads, renovation and building of new schools, provision of potable water courtesy of Kamomi Aketi Water Scheme, employment opportunities and agricultural supports among others.