Why do fathers rape their daughters? 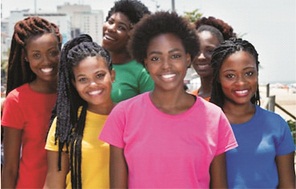 Why do fathers rape their daughters?

By Maria Famakinwa
|
Many up till now cannot come to term with the shocking and painful reality of some fathers having carnal knowledge of their own biological daughters. Aside the fact that it is nauseating, the law and culture of the land forbid it.

Rape in whichever way one looks at it is not with the consent of the victim and most times have psychological and emotional effects on the victims. It causes pain and even death. In June this year, a 55-year-old father, Eze Chukwuma was arraigned for allegedly molesting his two daughters, aged 16 and 17, between years 2008 and 2017 in Ijanikin, Lagos State.

Also in July this year, a 37-year-old man, Wasiu Orilonise confessed in the court in Oyo State, to have repeatedly raped his 15-year-old daughter to confirm her virginity. The same case was reported this August of a 52-year-old man, Emmanuel Ikhinle who was arrested by Ogun State Police Command for allegedly raping and impregnating his 18-year-old daughter after divorcing his wife a few years ago. The list is endless as the media is daily awash with this sad news of fathers raping daughters.

This ugly development question the love some fathers claim to have for their children and also the level of trust and intimacy a girl-child should have with her father. For a father who is expected to shield his daughter from rapists and imminent danger to now become her albatross makes many to wonder why a father should rape his daughter.

Reacting to the disturbing trend, A public commentator, Mr Israel Ajayi, attributed it to people’s background and lack of fear of God. He also noted that men under the influence of hard drugs can also fall victim to raping their daughters which they later regret when their eyes are cleared. “Also, if the girl in question is a step daughter of the man, such is inevitable because the girl will be seen and treated like an outsider. Atimes, curse may also be placed on people in order to do what will bring embarrassment to them. That is why it is advisable for one to be prayerful.”

In the submission of a parent, Mr Kareem Alolade, blamed it on increase rate of divorce across the country and appealed to couples to do everything to protect their homes in  order to secure the future of their children. “Why I am not defending fathers who rape their daughters, I want you to understand that it is not easy for a father who has been sexually active to stay without his wife, this will surely cause a lot of emotionally problems. Men by their nature cannot abstain from sex for a long time and if such a man and the wife got separated,  it takes the special grace of God for him to abstain especially when the woman left her children including mature daughters in the man’s care.

“You should understand that when one is lonely, the person is vulnerable at that time and could do the unimaginable. Nobody is a saint, until you find yourself in the situation. I have heard a father who raped her daughter confessing that he never knew how it happened. This man in question became frustrated when his wife left him with two children, a boy and a girl claiming that she was not well taken care of. So, it takes special grace of God for any man to stand in such situation. It is a temptation and the only way to overcome it is to avoid divorce or separation between couples.”

Another parent, Mr Lekan Toba, revealed that some daughters lured their fathers into having carnal knowledge with them. According to him, they regret their actions later. “I cannot believe it that fathers under normal circumstances with right state of mind will sleep with their own biological daughters. Some of the victims who are possessed dress seductively to entice their fathers with diabolical power. That is why they only open up after the evil has been done. Why can’t they open up initially when their fathers make such advances to them? I will just advice fathers to be very prayerful because the law of the land does not believe in diabolical power.”

A counselor, Mrs Modupe Adigun, while appealing to couples not to deny themselves sex attributed the major reason to demonic forces. “There is a demonic force higher than the man who rape his daughter which he cannot overpower. Another reasons is lack of self control and quest for worldly power and possession. Some men have carnal knowledge of their daughters to get spiritual power, that is why people must be closer to God because no free gift from the devil.”

She also pointed out that girls should be properly -dressed, because according to her, men are easily moved by what they see and urged mothers to counsel their children against indecent dress and guide against broken homes to prevent fathers having affairs with their daughters since men cannot stay too long without sex.