by The Editor
in Education, News
0 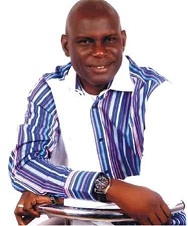 Ondo State Commissioner for Agriculture, Otunba Adegboyega Adefarati has called on farmers in the state to engage more in food cultivation.
He was giving this charge while reacting on a likely food shortage as after effects of the pandemic.
He therefore urged that people especially farmers should embark on massive farming so that there would be food sufficiency after coronavirus.
Adefarati, while speaking in an interview with The Hope noted that government empowered some farmers in the state with the expectation that there would be food shortage after the pandemic.
“Every seedlings and other enhancing equipment that the Ondo State government gave to the farmers is to prevent post COVID food shortage. At least, not less than 500 small holder farmers benefited from the #47million loan given to them.
He stated that the loan that was given out was not a big one but that it was a pilot programme.
“The interest rate is six percent which they can not get anywhere and they were also given six months moratorium”.
According to him, 80 percent of the loan was given to Ondo State Agricultural Commodities’ Association OSACA being the umbrella body of farmers in the state while the 20 percent went to other farmers.
“In addition to that, we cleared 1,250 hectares of land for them and gave them tractors. I believe all these should translate to food sufficiency if they work hard.
When asked why government is not considering food storage facilities, Adefarati said the available ones are being utilised adding that the state is yet to be sufficient in food production”.

Nipping rape in the bud

Nipping rape in the bud