Why FG should concede prisons to states – Ondo CJ 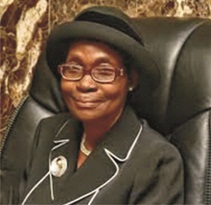 Why FG should concede prisons to states – Ondo CJ

By Sunmola Olowookere
|
Federal government of Nigeria has been urged to concede the responsibility of the nation’s correctional centres to respective states where those centres are cited.

This move is expected to ensure that the correctional centres are developed up to expectation and that the centres are made to function optimally as it should.

She lamented that the correctional centres in the country lacked essential amenities with no visible commitment on behalf of the federal government to improve their welfare and ensure that they are truly rehabilitated and reformed.

It was at this juncture that she urged the federal government to transfer the responsibility of the prisons to states so that the centres could get prompt and adequate attention.

She observed that there was no provision of electricity at the Olokuta correctional centre and noted that such situation was enough to make an inmate recalcitrant.

She expressed that the poor living standard of our society encourages people to commit crime while noting that the motive behind some crimes was to make ends meet.

She observed that moral standards in the Nigerian society is low and urged that as the different tiers of government tinkers with the law, they should also know how to improve standards of living of the people.

She advised respective governments and civil society organisations to revisit issues responsible for crime rather than reacting merely to the consequences.

She noted that in order to ensure full proof prosecution of criminal cases, state governments should assume control of police investigation.

Akeredolu said paucity of fund has been the bane of many worthwhile prosecutions and regretted that when the investigation is shoddy, the court would be incapacitated.

The leader of the team, Joshua Sebiotimo while appreciating the Chief Judge for the warm reception, commended her on the effective workings of the court.

He told the Chief Judge that the foundation monitors criminal and corruption cases to see whether they were prosecuted in adherence to the Administration of Criminal Justice Law.