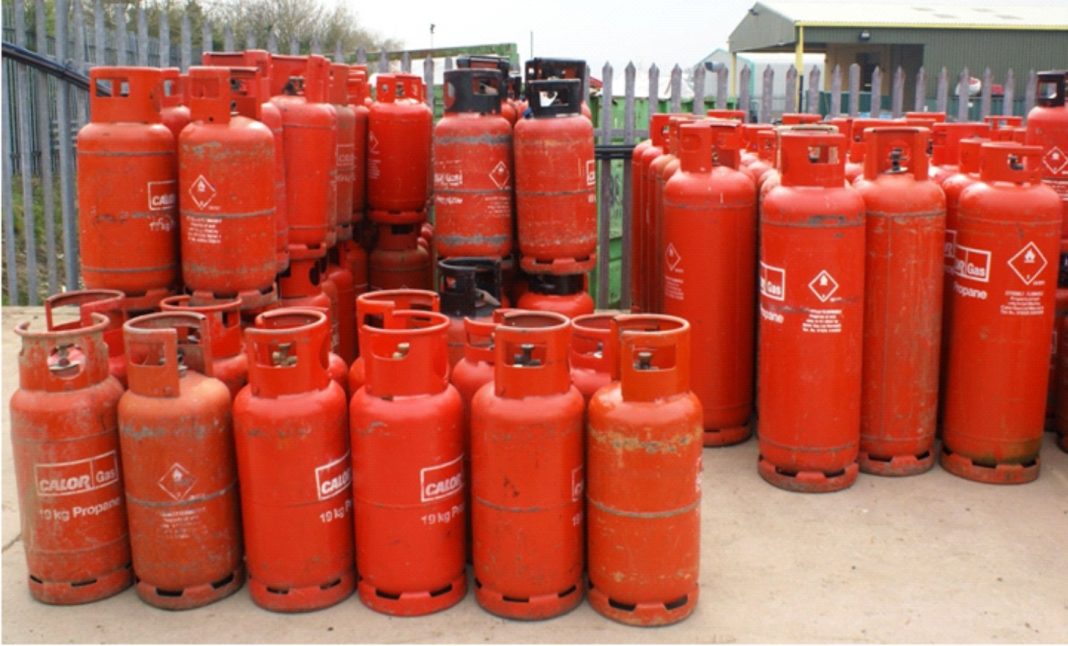 As the price of cooking gas continue to soar, consumers have blamed it on the inability of government to enact legislation that would make Nigeria a total gas-producing country with less reliance on importation.

Residents, who spoke with The Hope, noted that cooking gas is gradually becoming a luxury commodity because it is slipping out of the reach of the average Nigerians.

Speaking on the development, a consumer in Ondo, Adebayo Alade, said due to the continuous increase in the price of cooking gas, many have resort to using charcoal, firewoods as alternative means of cooking.

According to him, “When the recession set in late 2015 to early 2016, many households were forced to resort to charcoal and firewood as means of cooking.

“It had to be so because kerosene became more expensive than cooking gas and since gas was cheaper, many households opted for cooking gas until conditions made it impossible to continue.

“Now, Nigeria is not in recession but the price of cooking gas is outrageous. Fill this month and by the time you go back next month, you won’t get it at the same amount.

Adebayo attributed the high cost of cooking gas to importation and the fact that Nigeria has stopped being a producer nation but more of a consuming one.

Another resident, Bola Akinjo said, “We began the year 2022 on a high note.

“Cooking gas was selling for between N600 to N700 per kilogramme depending on the outlet and location with the possibility of even increasing before the month ends. Where are we going from here?”

Oyewale explained that government had increased the tax on the importation of cooking gas by 7.5 per cent.

She stated that the high exchange rate which has made Naira be at a disadvantage with the US Dollar is a factor that has hit the business hard and has made many retailers quit the business.

A retailer, Tayo Adekunle said many retailers have left the business.

According to him, it does not pay anymore as he has to be adding extra money each time he goes to fill at the depot.

He lamented that consumers have been dwindling by the day.

A housewife, Comfort Okon, stated that since June last year, there was no time she goes to fill her cylinder without an increase in the price of cooking gas.

She explained that she was considering the next option as what she encountered each time she fills her cooking gas cylinder was eating deep into her budget and exceeding her expectations.

An Akure-based food vendor, Ronke Iyunade, stated that the increase in cooking gas came at a period when there was an equal rise in foodstuff which has made her daily revenue dropped.

She however expressed optimism that things would get better and that is the reason she would continue with her business.

Meanwhile, Ogunsakin Olawale called on the government to re-introduce the price control system adding that with such in place, cooking gas would be cheap and affordable to many Nigerians who still see it as a means of cooking.

He decried the situation where students who have been used to the cooking gas because of its affordability would have no other option but to use charcoal stoves and firewoods.