Home News Entertainment Why I decides to be a poet 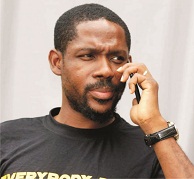 Why I decides to be a poet

By Faith Aluko
|
A Lagos state poet-prenuer artiste and creative writer Olumide Holloway popularly called king Olulu, has said that his love for poetry started at the age of 11 in secondary school.

The artiste who said what drew his attention to poetry was that he finds it easy to write poems, short stories and that being a poet, especially a spoken word poet is the power of sight and sound. He shared hisexperience with Friday Extravaganza.

Olumide Holloway stated that his passion for poetry started from his childhood days as a teenage boy who love to write poems and short stories.  He said he performs and organises spoken words for other poets.

According to him he started writing at age 11, 30 years ago and his first performance was in 2010, by 2012, he had started organizing poetry events such as word up.

Olumide said he is a full time poet and writer, as well as a consultant for SMEs though he said before he became full time poet he worked as a credit analyst in a bank for almost 13 years.

He also noted that he had successfully had 7editions of competition with over 50 poets per edition.

However, he said his competition is one of the biggest in West Africa and  poets get recognition, reward of cash prices and recommendations.

Olumide said that he doesn’t have a direct mentor but that he get inspired by the holy spirit, books, videos and many more.

He mentioned some of his challenges as the use of diction, pace while talking in front of thousands of people.