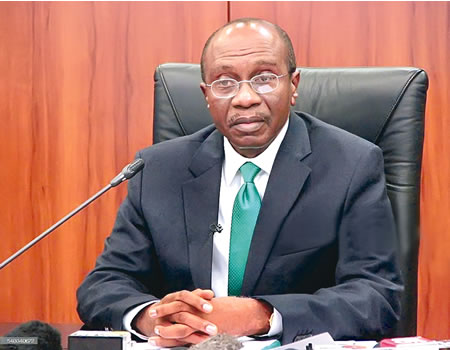 According to figures from the National Bureau of Statistics (NBS), inflation in Nigeria increased by a record 5.09 per cent to 21.09 per cent year-on-year in October 2022, the highest in close to two decades, compared to the corresponding period of 2021.

However, about two weeks ago, the Governor of the Central Bank of Nigeria (CBN) Godwin Emefiele, broke what may sound as good news to some Nigerians when he said that with the various monetary policy tools in use by the CBN, Nigeria’s inflation figures would decline steadily to below 15 per cent by the end of 2023.

Emefiele made this statement while speaking at the 57th annual Banker’s Dinner hosted by the Chattered Institute of Bankers of Nigeria (CIBN), Lagos. He noted that the 2023 elections would trigger a slight increase in inflation, but afterwards, there would be a continuous deceleration of inflation.

Nigeria’s number one banker said: “Inflation expectations are rising as existing structural rigidities are compounded by global factors and anticipated election-related liquidity upsurge. For the rest of 2022 and towards mid-2023, Nigeria’s rate of inflation is projected to remain elevated and above the 12.5 percent growth-aiding threshold.”

Emefiele pointed out that in addition to harsh global spill overs, exchange rate adjustments and imported inflation, inflation was also driven by local factors such as farmer herder clashes in parts of the food belt region. He said that during the early part of 2020, the world’s economy experienced the most significant downturn since the Great Depression, orchestrated by the outbreak of the COVID-19 pandemic.

He added that the effect contracted global GDP by about 3.1 per cent in 2020, and commodity prices went into a state of turmoil as the price of crude oil plunged by over 70 per cent, explaining further that even as the world struggled to recover from pre-pandemic conditions, the global economy was yet again hit by another adverse occurrence with the eruption of the Russian-Ukraine war.

The apex bank chief said that the war, along with the sanctions placed on Russia by the US and its allies, led to a spike in crude oil prices. He said in the attempt to contain rising inflation, advanced markets such as the US, began to increase their policy rates, which led to a tightening of global financial market conditions along with a significant outflow of funds from emerging markets.

Emefiele explained that as external conditions adjust, inflationary pressure is expected to worsen and become more persistent in many economies. He added: “The rate in key advanced economies is projected to remain historically elevated at double digit levels up to the 2023 third quarter at the earliest. As such, tight monetary conditions will remain prevalent over the short-term, straining financial markets in many EMDEs and exacerbating the underlying vulnerabilities.

He said, “Considering the current developments in both the global and domestic economies, and based on extensive simulations, the CBN is of the view that the short-term outlook of the Nigerian economy remains good.”

Furthermore, on his 2023 forecast, he noted that monetary policy over the coming years would remain focused on the objectives of price, monetary, and exchange rate stability, saying, “Our policy stance will, accordingly, remain tight to curtail inflation pressure, regulate capital flows, and buoy the naira-dollar exchange rate. Monetary policy decisions will remain balanced, judicious, research-driven, adequate and supportive of the real economy subject to underlying fundamentals.

“However, on the backdrop of our previous policy measures, and as the effect continues to permeate the system, our inhouse model-based simulations indicate that inflation rate could fall steadily to less than 15 percent by end-2023.”

Dr Chris Ofonyelu from the Department of Economics, Adekunle Ajasin University, Akungba-Akoko, explained that such a projection coming from the CBN governor was not unusual, as there were antecedents for that.

He said that the statement or projection made by the CBN chief might also be political, without any iota of truth in it.

Similarly, Dr Bayo Fasunwon from the Department of Political Science, Adekunle Ajasin University, Akungba-Akoko questioned the basis and accuracy of the projection, noting that by the end of 2023 the current administration would no longer be in power. He, therefore, concluded that the assertion from the CBN governor might just be a way of giving false hope to Nigerians.

He said, “There is nothing on ground to show that the rate of inflation will fall, because we have not addressed what causes inflation. As long as productive capacity is low, the appetite for foreign goods remain strong and banks are not willing to assist small scale enterprises, inflation rate will continue to soar.”

Fasunwon explained further that if export exceeds import, there would be a drop in inflation rate. Otherwise, it would continue to skyrocket.

Noting that next year is election year, Fasunwon said, “What we have noticed is that during election year, there is an interplay of foreign currencies. So, inflation will still increase between January and April.

On the other hand, Dr Edamisan Ikuemonisan from the Department of Agricultural Economics, Adekunle Ajasin University, Akungba-Akoko said that the projection made by the CBN governor could be achieved.

According to him, the process of achieving that is ongoing. While saying that reprinting our currency is in order, the agro-economist recommended other ways of bringing that projection to reality as cutting down the excesses of the Bureaus De Change (BDCs), improving power supply and increasing production of food.