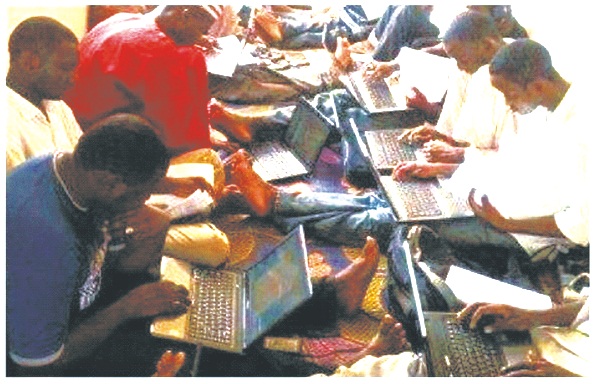 An Akure based public servant, Mr Bolarinwa Samuel, was desperately in need of a two-bedroom apartment after he had been given a month quit notice because the landlord claimed that he flouted his tenancy rules. He was able to get a two-bedroom apartment along Ondo Road through an agent for N300,000 per annum, which he said was the cheapest so far.

He paid the money the second day and told the landlord that he would move in in a week’s time.  Bolarinwa was surprised when the landlord invited him three days after his payment to refund his money on the grounds that the same apartment had been given to another person who was able to pay for two years at  N400,000 per annum. He went to complain to the agent who got the house for him and was told that yahoo boys had paid for the house.  He left, dejected.

Likewise, a businessman, Mr Victor, who was forcefully evicted from his house because of the constant disagreements with his former landlord, met two agents to help sort out his accommodation  problem, but was told that accommodation in Akure were for the highest bidder, that majority of  landlords now prefer yahoo boys as tenants.  This is especially true in choice areas.

A civil servant, who lives in Obele Estate, Mrs. Ebun Akintomide, shared her similar experience: “My husband was looking for a two-bedroom apartment at an affordable price. The landlord was known to us and we concluded that the apartment would be given to us. After we agreed to pay N300,000 per annum, we promised to pay at the end of that month. We felt disappointed when the landlord sent a message to my husband that he should look for another house because the one we agreed on earlier had been paid for.

“My husband and I were surprised how the man who was known to our family could do this.  It was later we got to know that the house was rented to a yahoo boy for N400,000 per annum. Though when my  husband confronted the man, he begged for my husband’s understanding and promised to get another apartment for us, he never did.”

The Hope spoke with some landlords to unravel the truth. A retired civil servant and landlord, Pa Olayinka Omodara, explained that the relationship between landlords and tenants could only be cordial if the later pay his/her rent as and when due.

Citing a case as an example, he said: “Since I retired 14 years ago as a federal worker, I have been sustaining myself with the money I get from my tenants. It will be impossible for me to allow any tenant who is not forthcoming with his/ her money because that is what I depend on for survival”.

Asked if he knew what his tenants were doing for living, he said: “Part of the information they provided before I release the house to them is their means of livelihood.  I have five tenants. Three of them are businessmen, one is an accountant and the other is an education consultant. They are all doing well in term of house payment and I am happy.”

On why none was a civil servant, he said: “ I don’t want civil servants as tenants.  My past experience with them regarding rent payment was not palatable. This is the money I depend on to feed. I can’t be getting it in tranches. It is better I give my house to those who can pay on time, regardless of where and how they get the money,” he said.

When told that some landlords refused giving their apartments to salary earners, he did not deny it but asked: “ Will you give your apartment to someone who is ready to pay N100,000 or another person who wants to pay N300,000 per annum? Getting conducive apartments with all facilities now goes for the highest bidder. The only thing I asked was what my tenants did for a living and none of them had told me that he/she was a fraudster.

“The forms they filled are there as evidence. What will I do if a tenant tell me that he is a businessman and I don’t have enough proof to label him as an internet fraudster? All I am after is that my tenants should pay their house rent and other necessary dues on time.”

However, a civil servant and a landlady who lives in Oba-Ile disclosed that some landlords prefer yahoo boys as tenants because they could double any amount a salary earner is ready to pay as rent but warned of the dangers.

She said: “A house beside mine comprises two flats of three bedrooms each. The owner lives along FUTA road. Unknown to us, the two flats were occupied by yahoo boys until they were arrested by SARS while they were still functioning. The SARS came in the morning, shot into the air and arrested the boys who were five in number with fetish objects. It was God who saved some of us.

“Before their arrest, landlords in the area had been complaining of daily sacrifices they placed at strategic areas in the community. It now became a thing of concern that  one would see sacrifices at T-junctions in the area. But since they’ve been arrested, the environment is now peaceful. However, the owner of the building denied knowledge of the boys atrocities when invited for questioning by SARS operatives.

One of the agents in Akure who spoke on the condition of anonymity confirmed that 90 percent of landlords preferred giving their houses to yahoo boys because of the economic situation of the country.

His words;  “Most landlords are retirees with little or no pension. They will rather give their houses to those who can pay triple. A three bedroom flat pegged at N300,000 per annum was eventually rented by two yahoo boys at the rate of N1.2 million per annum. Imagine the difference. I need to be sincere with you, if I am ready to rent my house out, I will prefer to have yahoo boys as tenants. Government economic policies are not friendly and are pushing one to the limit. Some landlords who want to rent their houses out specifically told me that they want yahoo boys as tenants because they can pay higher.

“There is no morality in this.  Even landlords who are clerics will give their houses to the highest bidder. Some of these yahoo boys came from good Christian homes.  Some have Islamic clerics as parents. We all contributed to this problem. A well respected educationist in my area wanted to sell a plot of land and contacted me to help him look for any yahoo boy because he needed someone who could pay well.

“I was surprised at his insistent on selling to yahoo boys because as an educationist and a respected father, he should not have that thought of selling his land to internet fraudster that the society is condemning. Let me also reveal to you that some parents encourage their youths to join yahoo. So, landlords decision to give their houses to yahoo boys should not be condemned but seen as a pure business. I even prefer to get houses for yahoo boys because I make my money from it,” he said.