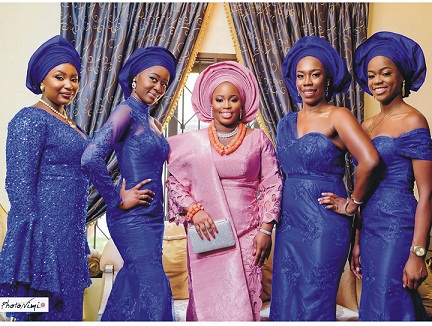 Scarcity of marriageable men has become one of the challenges confronting  many young girls today. Visits to some prayer mountains by our correspondent during the last December crossover service revealed that majority of the intentions were requests for a life partner. And this calls for concern.

Many parents now allow their children especially their daughters to marry early so long as the suitor is rich and can take care of their daughter’s need.

They see it as a  relief and some of these parents also make demands on their sons in-law.

Investigations by The Hope revealed different opinions on this matter.

According to Kemisola Abiodun, a lifestyle consultant where poverty is severe, giving a daughter’s hand out in marriage allows parents to reduce their expenses. One less person to feed, clothe and educate.

According to her; “In communities where economic transactions are integral to the marriage process, a dowry or ‘bride price’  a means of enriching for poor families. The economic situation has forced many families to see marriage as a poverty alleviation scheme, we can’t blame them completely. But in the real sense, marriage is not a way out of poverty but getting an education is, earning an income is, being financially literate is,” she added

In the same vein, Damilola Olatunji, a relationship expert said a broke guy who wants to  will easily be silenced and told he is  not serious. On the other hand, a broke woman, who has nothing to bring to the table but the clothes she put on,  doesn’t need to own anything. If she wants to get married, all she needs is a man to ask her “will you marry me? ” in return, she get to live rent free in the man’s house, eat free food and everything that comes with it. This is the world we have found ourselves. Parents should invest in female children too, anybody can be the breadwinner regardless of the gender,” she reacted

Bisola Tofunmi, a business woman said God created man for a major purpose, which is to provide, whereas a woman’s duty with a man is to build a home with him and not park into a built home. She said “In this context, the man would provide the necessary resources to build the home and the wife would  support. Any lady who sees marriage as a way of having a better life without working  is not ready for marriage. And that is why they fall into the wrong hands because some men pretend to be rich and after marriage the lady starts realizing that the situation is different. Both genders should work on themselves financially before thinking of building a home together” she said

Raymond Babalola said at this point, parents should know that marriage is not a poverty alleviation programme, and their sons-in-law are money printing machines or retirement plan.

Deborah Essein, mother of two, said “there are women and there are girls. Real women won’t walk down the aisle until they are financially free on their own. Nigerian women of today are making a lot of sacrifices silently in their marriage but they tell no one to avoid criticism and boost their husband’s ego.

“Girls who didn’t work on themselves before marriage,  are the ones that bring nothing to the table, they are the ones a man is quick to throw out, replaced and abused. But the truth is, every woman desire a man who is a provider irrespective of whether she has her own or not, been able to provide is the basis of a woman’s respect towards her husband,” she said

Mayowa Ayodele, a nurse, said marriage is not a poverty alleviation scheme. Her words: How many young men have money?

The Nigerian girls we talk about also come out of the same homes as these young men in question. Most Nigerian families have at least two children (and I’m being conservative). So the poverty ridden parents of these young ladies are the same parents to these young men marrying them.

“In fact, I believe most ladies marry men who are poorer than their fathers. At least most of the fathers have had time to make a little money for themselves.

Ladies making their own money also marry . So how is the marriage alleviating the poverty?

She believed that  men have an advantage as most go for younger ladies. They have had more time to create their own path in life, and usually marry ladies that are just graduating from school .

“The ladies have to fine tune their  lives to suit the man. If husbands are based in Lokoja, the new bride who has just finished serving will not chase that job opportunity in Abuja.

“For couples married to their age mates/course mates (there are loads of them around), there’s a level playing field and some/ a lot of the women even earn more.

“It’s a natural need of humans to want to build a family. In Nigeria, its worse as society expects you to do the needful immediately you graduate from school or even marry in school as a woman.

“As a man, you go for a woman you graduated 5-10 years ahead of her and you propose for whatever reason as soon as you see she’s graduating from the school. You then have the effrontery to call her parents paupers.

“Why couldn’t you wait for her to find her foot as you were able to years after graduating? Or better still, why couldn’t you go for the women closer to your age group who also graduated same time you did” she stated.

On the contrary, Elizabeth Aina, an entrepreneur said People think it is only women that see marriages as way out of poverty,  as there are so many irresponsible Nigerian men now who dump their responsibilities on their wife’s shoulders.

She said “These set of men also see marriage as a poverty alleviation scheme since they look for women from rich homes/ self dependent hustlers whom they know can take care of the kids single-handedly, people are always quick to accuse women of this behavior when anybody can be guilty of it”