Why price of beans soars -Survey 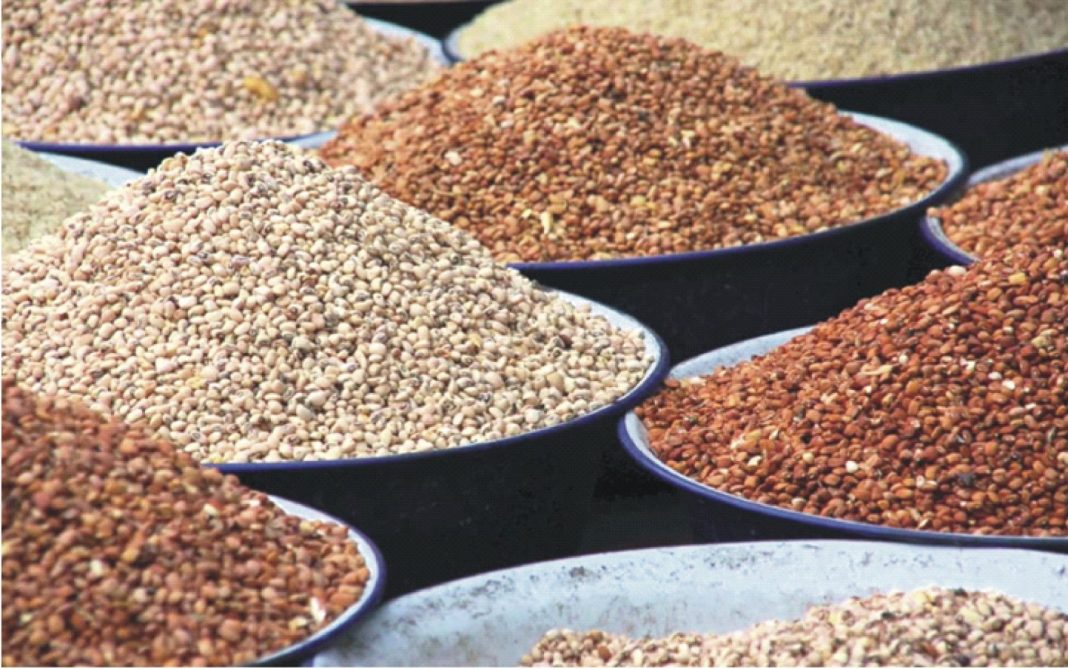 Low mechanisation in the agriculture sector as well as weak local currency to support importation have triggered over 70 per cent hike in the price of beans across the country.
According to The Hope survey, major markets across Ondo, Osun, Ekiti among other parts of the country, the price of beans has increased astronomically in the last few months.
Our findings revealed that a small bag of honey and drum beans which was previously sold at N7,500, now sells for N45,000, while the big bag earlier sold at N15,000 now hovers between N90,000 and N100,000.
Similarly, a derica (big tomato tin) of beans sold earlier in the year at N200 now goes for N700.
Although, insecurity contributed to shortage of beans which triggered the price, low mechanisation and weak local currency were also identified as key determinants of the price surge.
Speaking on this development, the president, All Farmers Association of Nigeria (AFAN), Arch. Kabir Ibrahim, attributed it to lack of mechanisation to enhance production and weak local currency to support importation.
Ibrahim said because the demand gap is so huge, the cost had continued to rise as insecurity has forced farmers out of their farms.
According to the AFAN president, there is local demand shortfall of about 500,000 metric tons.
He said, local demand of beans is over 1 million metric tons and local farmers cannot meet half of this demand.
Ibrahim, however, stated that with the new genetically modified variety, Nigeria would now have the chance and opportunity to optimise production.
According to him, it is left to farmers to embrace this new variety and ignore the argument being speculated about its health implications
The AFAN president said there was no basis for the strong resistance and opposition to accept the beans, adding that it had contributed to the shortages being experienced today.
Meanwhile, The Hope went around some markets to enquire about the current price of beans.
An Akara seller in Ondo, Mrs Comfort Monday lamented the sudden hike in the price of beans.
She lamented, that a rubber of beans that used to be sold for N400 to N500 is now selling at N800 to N1000.
She said, “I now makes lesser quantity and her Akara is now being sold at a small pair for N50 as against three for the same amount.”
A consumer, Adeniyi Joke lamented that a big bag of beans is now sold for N100,000, ‘even though, I am not buying a bag, but it falls back to us the final consumer.’
A trader at Oja Oba in Akure, Vincent Okofor said, “We have different kind of beans, like Oloyin (honey) and drum beans, which we buy before at the rate of N5000, and N7500 while the big bag is N15,000. But now, the small bag is N45,000. Where is Nigeria heading towards? In 2018, small bag was N5,000 and now it is N45,000.l.
“A rubber of oloyin which is sold before for N600 to N700 now sold between N1300 to N1500. The price of Beans is now more than that of rice.”, he said.