‘Why we are hooked on drugs’ 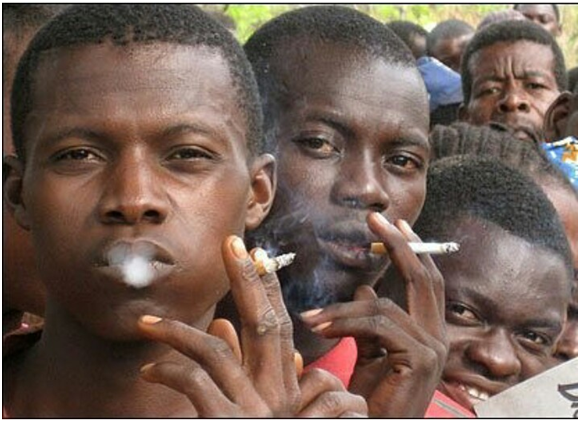 Youths have bared their minds on why they are hooked on drugs, an investigation conducted by The Hope has revealed.

Those interviewed said their drug culture has become an elixir to the economic and financial challenges confronting them.

A cross section of them maintained that majority of present Nigerian youths are economically hard pressed as a result of massive unemployment, social inequality, debilitating cost of living and idleness.

They contended that the only way they feel they could relieve themselves of these burdens and reduce pressures posed on them is through drugs.

Many of them who craved anonymity claimed that they have graduated many years ago and could not find jobs and have therefore taken solace in drugs to cool down their sorrow.

The Hope recently reported that there was an increase in the rate at which Nigerian youths have taken to drugs in the recent times.

The Hope interviewed about 50 youths across some bars and ‘abetes’ (local joints) in Akure, the Ondo State capital as they spoke on the numerous circumstances that led them to drugs abuse.

Our reporter also spoke with a cross section of okada riders, as it was gathered that no fewer than 70 percent of motorcyclists have  also taken to hard drugs.

Aside addiction to alcohol by the youth, they also have taken to hard drugs such as Tramadol, Codeine, cough syrup, meth, dry gin, aphrodisiacs such as Jekomo, Ogidiga, Confirm, Japata among others.

Investigation by The Hope in Akure showed that youths have become the major and regular customers of joints, bars and hard drugs sellers, especially at Isolo, NEPA, Odo-Ijoka, Oke Aro, Road Block, Ijoka, Araromi, Ondo road, to mention a few.

Some of the riders, in separate interviews with The Hope, said they take the drugs to make them high, stay longer on the bike, have energy and combat cold weather.

One of the riders, who did not want his name in print said “I make use of these drugs so as to be strong, fast and swift because I  work day and night with little rest.”

A resident of Akure, Mr Femi Oshin told The Hope that “there are many drugs we can mention but they are in different categories.

“We have tramadol. There are some drugs which we can not mention specifically simply because they mix all those drugs with alcohol. Okada riders use these drugs to energize themselves”.

Oshin revealed that when Okada riders are seen with soft drink bottles, it might be Scoochies.

Corroborating him, another okada rider, Mr Sunday Abiodun said drugs like tramadol, India Hemp and others help them to work harder so that they would not stop working  and become stronger.

While saying he was used to taking the drugs for over three years and they made him have ‘sense’ to ride his motorbike very well, Ajayi said “If I do not take per day, my body will feel so bad and I will not work to my standard.

Similar thought was shared by several other riders while speaking with The Hope.

Commenting on the unhealthy practice among the riders, a medical doctor, Dr Okeoluwa Banji said the okada riders are exposed to lots of dangers.

According to him, the drugs might affect their brains and make them malfunction and this might lead to abnormal behaviour, even while riding motorbikes.

“You know when you take hard drugs, it diffuses to your brain. It increases the Dopamine of the brain. The person will be high and will be behaving abnormally.

“In the process of behaving abnormally, accident can occur and this may lead to death.

While noting that the riders may develop addiction to the drugs, he said the riders also risked exposure to infections, may develop psychological problem and might engage in violent conducts such as rape.

Reacting, a social commentator, Elder Dare Adenitan said several accidents among okada riders can be attributed to the hard substances they consume.

He said drug abuse has become a pandemic and there was need for government, religious institutions and other stakeholders to join hands to curtail the prevalence.