Home News Why we donated to Akure Orphanage – NYSC 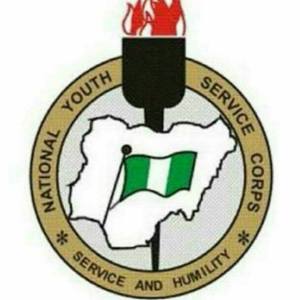 The adage which says a friend in need is a friend indeed aptly played out on Wednesday, as the Ondo State NYSC Coordinator, Mrs. Grace Akpabio, rekindled the memory of a very dear and intimate friend who passed on to glory a year ago.
The State Coordinator had visited Hope Orphanage Home, Shagari Estate, Akure to donate items and materials worth several thousands of naira in memory of an erstwhile Kogi State Coordinator, Mrs. Omolara Oludolapo Ahile, who died in May last year.
Speaking during the presentation of items which included food items, provisions, sanitary products, clothes and cash donation to the orphanage home, Mrs. Akpabio said she was only continuing with the practice of unassuming late Mrs. Ahile.
The NYSC boss who betrayed emotions during the presentation witnessed by family, staff, friends and associates, recalled that the late amiable administrator was humility personified and could hurt a fly.
“Her words, “I want to say without mincing words that even though Mrs. Omolara Oludolapo Ahile was not from the same geopolitical zone with me, she made me her trusted and confidant sister till she breathed her last.”
“I can never forget my treasured mentor, the one I fondly called sister Lara, a detribalised Nigerian, who despite the heavy loads of challenges on her tiny shoulders, would stop at nothing to ensure that she lifted you up from the biblical angle.
“You cannot understand the bond that existed between us. Sister Lara was such a strong willed encourager, who will set aside her troubles to put balm of Gilead on your pains and ensured you remained happy under any given condition.
“Mrs. Ahile was such a wonderful and pleasant individual who combined beauty, brilliance and simplicity to impact positively on people from various ethnic and religious backgrounds who crossed her path”.
Late Mrs. Ahile who was described as a very industrious woman who played prominent roles of managing youths through her mentoring programme, herculean task of administering office to being a successful farmer will be remembered for introducing food seasonings that was medically and clinically certified, and approved by NAFDAC for human consumption.
According to her the spirit of late Ahile lives on as she was dumbfounded at the support she received from friends, associates, colleagues which made the donation achievable.
Mrs. Akpabio, who specially thanked her husband, Elder Aniefon Sam Akpabio, PhD for the massive encouragement and support, promised to make the project an annual event.
The donation of the items and materials lifted the souls of the beneficiaries as expressed by the management of Hope Orphanage Home, Shagari Estate, Akure