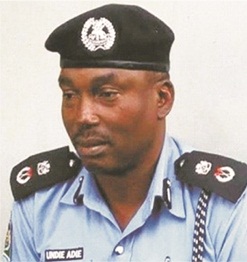 Why we partner traditional rulers on crime reduction – Police

By Michael Ofulue
|
In its determination to tackle violent crimes, such as kidnapping, armed robbery and other various crimes happening in the state, all the Divisional Police Officers (DPOs) have been directed to work closely with their traditional rulers in solving crime-related issues .

The State Police Public Relations Officer (PPRO), Mr Femi Joseph, confirmed the development to The Hope Metro in an interview.

He said the state police boss, Mr Undie Adie has mandated all the DPOs across the 18 local government areas of the state to move closer to their respective monarchs and community heads to fight crime in the state.

The development is sequel to the directive of  the Acting Inspector-General of Police, Mr Mohammed Adamu, that  all state Police Commands  would  cue into the concept of Community Policing  philosophy and partnership in tackling violent crimes and criminality happening in the country.

Joseph disclosed that  the command had since cued into the IGP’s instructions that community policing partnership is best form of tackling heinous crimes happening in most states of the federation, adding that the police in the state is currently working with relevant stakeholders with a view to solving issues bordering on crimes.

His words, ” The CP has met with relevant stakeholders in a meeting and  he has also directed his DPOs to  extend same meeting  to  their various divisions and  localities.

“We have the office of community policing at the headquarters and we have  an officer in charge of the department,  who goes  round to access the level of compliance of the CP’s instructions for DPOs in their divisions

.”The concept of community policing is all about partnering people and communities’ involvement on issues bordering  on security of lives and property of the citizens.

“As you know, the traditional rulers are the custodian of custom and tradition of the people and it is important to work with them and that is the reason why the police command is using them as instrument of peace and security in the land,” he explained.

Joseph therefore, called on members of the public to lodge their complaints and give useful information that would help solve crime matters at the office of Community Policing at the State Police Headquarters along Igbatoro road in Akure.

He assured  that  any information given would be treated with utmost confidentiality.