Home Feminine line Why you should be wary of your ex 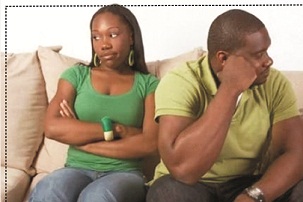 Why you should be wary of your ex

By Josephine Oguntoyinbo
|
T he concept of “an ex” is very sensitive. Therefore, Couples need to understand an ex is a former partner who by providence was not destined to be in one’s matrimonial life.

Sometimes, it’s because he or she betrayed one’s trust, or because one found a worthier fellow (materially, spiritually or otherwise), or because one’s parents refused to bless the proposed union. For whatever reason you and your ex did end up , you have to move on in life, never to revisit that chapter of your life again, come what may.

One of the biggest problems confronting matrimony today is the “ex” factor. Many sisters who had at one time have a love affair with a brother they ended up not marrying are yet to accept their fate even three to five years after marriage.

They still keep in touch with their ex from time to time to discuss their marital challenges, comparing notes and wishing that they never got married to their respective spouses. This problem is further fueled by the unrestricted access to the social media through chatting.

When your marriage hits the rock, one of your worst advisers is an ex. The mistake many women make is to compare dating life to marriage life, thinking that they were better off with their ex than they are currently with their husbands. Dating is but a deception. Many people sacrifice for their dating relationship more than they do for their marriage. Many of those that kneel to propose to their girlfriends in public, end up beating the hell out of them after marriage.

Recently, a man suspected his wife of infidelity and reached out to his friend for help. According to him, she chats lately into the night till around 1:am before going to bed. He told his friend that “My  wife and I used to sleep in my room until about two months ago when, for no reason she started sleeping in her room. Before now, we used to eat together but that has changed. Not only does my wife dish my food separately, she now goes into her room to eat as against the dining room. Sometimes, I sneak to check on her and I found her snapping her food, probably to post it to someone. She doesn’t initiate sex and will occasionally turn down my advances. Sometimes, I refused to eat her food, hoping that she will feel remorse but alas! She will not even ask why. I’m fed up with my marriage. What can I do?”

His friend told him that he is right to be suspicious of her motives based on actions.

The husband said, “anytime I ask her what is wrong, she says, nothing.” He further added that she has started using password on her phone lately, perhaps to prevent him from accessing it.

The friend said when he became persistent in his demand and he saw depression and frustration all written over him, they devised a plan. He said he  told him to watch his wife when next she is unlocking the phone and to master the pattern. He noted that he did and they successfully hacked the phone. He added that they installed a few spy applications on the phone so he could monitor everything she is doing from his end saying that the result was heartbreaking!

He said further that they employed the service of a tech expert who unlocked her database to reveal all the deleted chats since she started using the phone.

The friend hinted that she literally slaughtered the husband for her ex. “From the sublime to the ridiculous, the marriage was practically taken to the slaughter For a week, my friend was on admission receiving treatment. He had committed so much to the marriage that the betrayal looked to him like the end of the world. The matter was worsened by the fact that it was not with just one single person, but many.

“Interestingly, this lady actually acted in naivety. She was carried away by the euphoria of reunion with old friends, not sensing the danger that such careless shenanigan portends for her marriage. Her husband was always busy with work outside the home and loneliness was killing her. But rather than talk to him and find some common grounds, she thought chatting old friends will help fill the gap until one thing led to the other and shame was lost.

“The day evidence was laid bare to her was the day she regained her full senses, regretted her actions, repented and made amends. From our end, we ensured that the divorce card was not played since what is apparent to us was that it has not  gone beyond the chats”, He said .

Therefore, women must note that their ex is a home breaker. He will merely disgrace you out of your marriage and leave you in the cold. Be wise.

Note: Brothers also do this with their ex, too.It is a dangerous game, stop going back to your vomit.