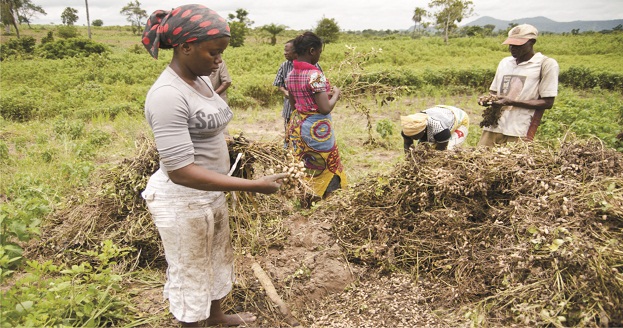 By Kehinde Oluwatayo
|
The lack of interest of Nigerian youths in agriculture has been attributed to the primitive way  it is being practised in the country.

Mr Seun Taiwo, a farmer who noted this  added that  agriculture is the most lucrative business if given the necessary attention.

Taiwo, a graduate of Agriculture Economics and Extension stressed that youths are not interested in agriculture because it is not modernised   like it is done in developed countries of the world.

“Agriculture is the most lucrative business, I am talking about international standard like in America and other developed countries and it is because of what their government is doing for them.

Agriculture according to him, requires a lot of fund and because youths do not have access to fund, they are not interest in it.

“Look at the vaccines that we give to birds, here it is very expensive but in developed countries, it is cheap , it is because of what their government is doing for them.

“Government should pump money into agriculture. Give  repayable loan of low interest to attract youths to it.

There is a peculiar problem with our country, you only hear of government’s programmes, you can not access  them, only few people are benefitting from  them.

“I belong to the Poultry Association of Nigeria. At a time, we registered for a loan, we were interviewed and up till now, we have not heard anything about it.Taiwo who called on youths to embrace agriculture advised them to keep trying.