Home In Our Neigbourhood Will you take back a man who deserted­ you? 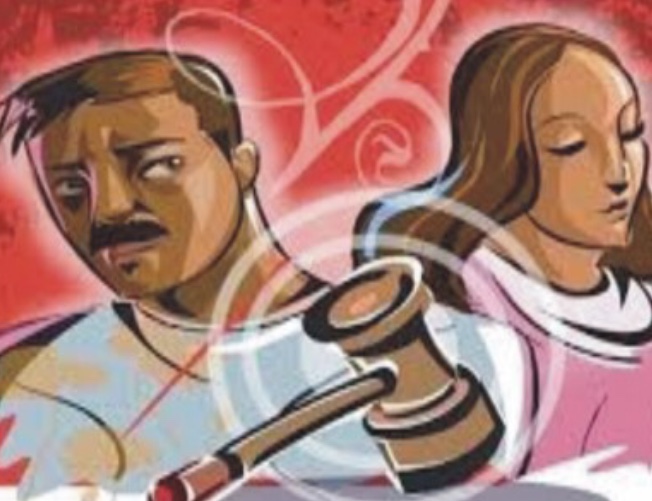 Will you take back a man who deserted­ you?

From time immemorial, men have the tendency to stray from their relationships. Women, particularly the African women are taught by the society that it was natural for a man to stray.

When a younger, fresher and newer female catches their fancy, they follow the scent and stayed with their new catch until the interest wanes.

And when they outlive their usefulness where they were hijacked to, they are usually tossed back at the poor waiting wife who is expected to take them back and forgive them. Then they would be contented to stay in the cocoon until they are lured away again.

The woman who would have been going from one prayer mountain to the other so that her husband could be wrested away from the clutches of the usurper would be so happy to have her strayed mate back that she would barely noticed that the once sharp dude was now a ghost of himself.

Such a scenario is playing itself out in our neighbourhood. As the man of the house returned home from his escapade, he saw that so many things had been destroyed in the family.

The position of a father is a very important one in children’s upbringing. His two children who had grown up while he was gone no longer saw a father figure in him.

Before she was 18, she was the darling of the customers that patronised their shop. Whenever she was around, business boomed for her mother. The men loved her because she was easy and accommodating.

When the father came back and got some of his respect back, he forced his wife to stop the beer parlour business.

He tried to put things that had gone wrong back to shape but it was too late. The girl had begun to enjoy men’s favour and she was unstoppable.

His tutoring, the children now took as unnecessary meddling. They  complained and murmured against him. They had grown up without him around and they had assumed a personality that their father dreaded but which they were not ready to let go off.

The son was into internet fraud popularly known as Yahoo business. It was through this illgotten gains that he was able to secure a three bedroom apartment for his mother. When his father was gone, he had been forced to grow up quickly and be a father to the family.

He had consoled his mother during trying times and had proven himself to be capable of taking care of her when he secured an apartment for the family.

When the father came begging, the children were against him coming home to them but their mother could not look away from her first love so despite her children’s misgivings, she took him back.

However, she is secretly regretting her decision as her husband was always at loggerheads with the children. Their once peaceful home was now like a war zone.

He expected them to accept his position as the leader of the family again without any resistance after they had been living as they will for over ten years while he was absent.

Whenever he gave them an instruction, they would simply brush him aside and call his bluff. He would threaten, rage and curse at them, but they would simply avoid him by staying out with friends for a few days. They had their mother’s backing.

The son had started a building project. He threatened that when he finished the project, he would take his mother away from the father. Son and father were like cat and dog.

When the son could no longer cope with his father’s meddling he moved out of the house and secured another apartment where he lived alone and his sister sometimes seek ‘asylum’ with him when things become too unbearable at the house.

The boy must be very rich to be controlling two apartments at the same time in spite of the building project he has at hand. Well, we all know that Yahoo is a very ‘lucrative business’, residents reasoned.

To be candid, the boy could not be blamed for taking such a step as sometimes, the father would insult the son’s friends when they come visiting by calling them thieves and cursing them that the hands of the law would soon catch up with them and they would be killed like dogs.

As her children and husband tights like cats and dogs whenever they see themselves. The woman was now regretting her agreement to a reunion. Oftentimes, the father would take his frustration out on her.

He would claim that the woman was not giving him enough support in the training of her children. She knew that he was flogging a dead horse and had advised him to let the kids be on several occasions but he was adamant.

He refused to accept that it was too late to bend a dried fish and what he would achieve from the venture would be ostracizing his children. His wife felt that they should be advising them and pray for them but he was having none of that.

He wanted his word to be law as it was before his debacle. He wanted implicit obedience whenever he speaks but he was not getting any. He wanted the girl to always tell him or her mother whenever she was going out, but she refused to be controlled.

He wanted the boy to learn a trade and get a steady job instead of moving with the crowd he was juncketing with and dabbling into illicit deals, the boy however felt he already has a good job.

This did not sit well with him and at a point he threatened to disown them. Their scornful laughter had forced the message home to him that the children have very little regard for him.

They reminded him that he had disowned them a long time ago when they would come to him for their school fees and he would not give.They assured him that he does not need to worry about them again

He was however undeterred in his campaign. The wife who had welcome him back with open arms was regretting her actions. Now she vowed that if he strayed again, she would be able to break the bonds with him for good.